The battery "Krona" " what is this?

Batteries "Crown" appeared in the Soviet Union, but are still in demand. This element of power is indispensable for devices with higher energy consumption, as it delivers a current of far greater magnitude in comparison with other batteries. 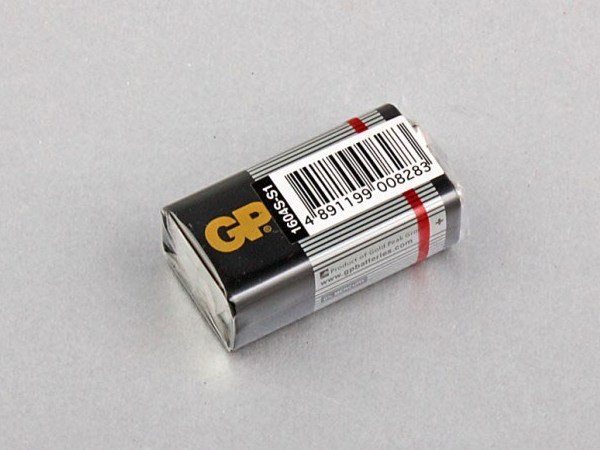 Batteries types are AA, AAA, C, D, they are cylindrical in shape and differ only in size. In contrast, the battery "Krona" has a size of PP3 and is a parallelepiped. Salt batteries are characterized by their fragility, they cannot be used in high-tech devices. The most that they are is a quartz watch any more simple device. The batteries can also be distinguished in the electrochemical system. Great uptime are alkaline and lithium batteries.

Mini-battery "Krona" have relatively high performance, they have the output voltage in the region of nine volts (in comparison, lithium or alkaline AA battery "issues" are only 1.5 volts). The battery "Krona" consists of six connected in series in a single chain polutoralitrovyh batteries (the output is nine volts.) The batteries can have a current of up to 1200 mAh, the standard capacity of 625 mA/h Capacity of the battery "Krona" will vary depending on the types of chemical elements. Nickel-cadmium elements have a capacity of 50 mAh, Nickel-metal hydride battery is more powerful by an order (175-300 mAh). Have the highest capacity lithium ion cells, their capacity is 350-700 mA/h. the Standard size of nine-volt batteries - 48,5х26,5x17,5 mm. These batteries are used in children's toys and remote controls, they can be found in navigation devices, tasers.

How to charge the battery "Krona"

In the Soviet Union produced the coal-manganese batteries of this size, as well as alkaline, which had a higher price and was called "Korund". Batteries produced from a rectangular app elements for their production used the metal case of tinplate, the bottom of plastic or genitals and the contact area. A simple disposable battery "Krona" allowed a small number of dasaradha, although this is not recommended by the manufacturer. However, due to the deficiency of these nutrition elements in many books and magazines published scheme chargers for "Cron".

Work disposable batteries "Crown" can be extended using the unit with adjustable amperage, and voltage. First you need to determine the charging current of the battery, its capacity needs to be divided into ten (for example, 150 mA/h 10 = 15 mA/h for the charger voltage should not be greater than 15 volts). Charge "the Crown" can be no more than two times. However, note that if the items inside it dry, re-charge it will not succeed.
Is the advice useful?
See also
Присоединяйтесь к нам
New advices