How to teach children to play chess

Chess is ancient, but always young game, the charm can conquer the heart and an old man and child. Studying chess is extremely useful for the preschooler, because it develops thinking, attention, spatial imagination, and a number of other qualities that will be valuable to him in life. However, a small child may not always understand what you need to play by the rules, and that each figure can only move in a certain way, not the way you want the player. 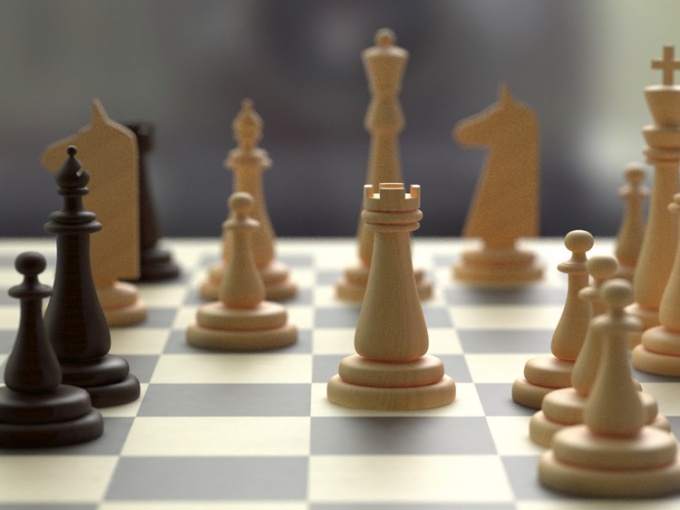 Who is on the field?

Buy large beautiful chess. The younger the child, the larger must be the figures. The younger preschooler just not take pocket chess. In addition, can swallow them or shove in the nose or ear. It is better to choose the set in which the Board and the figures are painted in a classic black and white colors. The preschooler is very difficult to understand why the red or the brown box is called black, and yellow – white. Lay and look at the Board. Please note your student that the black and white cells alternate along the length, across the width of the Board. You might also deal with the expense. Young chess player must understand that in each row the field is 8 squares, 4 black and white.

Preschooler well-developed imagination. It is easy to imagine the figure of a strange kind – a king, who in the army is the chief, his need to protect. The kit has the pawns, rooks, elephants, horses and the Queen. Tell us what pawns – soldiers, so they are all the same. They are very bold and stand in the front row. Horses and elephants child probably already seen pictures of. Sometimes it's hard to explain what the rook. Tell me that this is a very big ship. Can you explain that a rook is sometimes called the ture, that is, the tower. The child may not understand why this tower is going, but to find an explanation for is easy. For example, it may be a very large tank. Not all children understand what a Queen. We can say that it is the first assistant of the king, the Minister of war.

Tell your child that in the army each figure should know their place. King, Queen, elephants and horses and the rook are in the extreme ranks, the order is determined by the rules. In the extreme cells of the rook on the second from the edge of the horses, followed by elephants, and the position in the city centre are the king and Queen. The second edge row are soldiers-pawns, they close others.

Who how to walk

Show how go pawn. They move one cell forward in the beginning of the game can step through the cage. While the pawns are even lined up, no one else except the knight can move. The horse can jump, he can jump over the line, while going with the letter "G" – three squares forward, backward or sideways, one to the side. Show that the rook can only go straight and the Bishop only diagonally, and one of the elephants should always be on a white cell, and the second – on black. Tell us what the king can move in any direction but only one square, but the Queen can move like a pawn, and a king, as the elephant, and as the rook.

The goal of the game

Explain that the game of chess is a battle. The goal is to remove the opponent's pieces and make it so that the king was under attack and also surrounded. Show how to knock the opponent's pieces. For example, pawn takes diagonally and becomes the removed pieces, the elephant may capture the piece or pawn, located it on the diagonal, etc. the King can not be beat down if he was threatened, this is called "Shah", and if declared Shah and the king has nowhere to go – he declared the mate, and the one whose king was in such a bad spot, lost. During the first game tells the child how to walk. Two or three sessions will be enough. After a little child can learn the rules, start solving simple chess problems.
Is the advice useful?
See also
Подписывайтесь на наш канал