What if it's festering gums

Accumulation of purulent deposits in the gums science is the naming of odontogenic periostitis, and the people flux. This disease is a small festering sore grows over time, which accumulates on the gums. If you catch the problem at an early stage, it is possible to liquidate quickly. 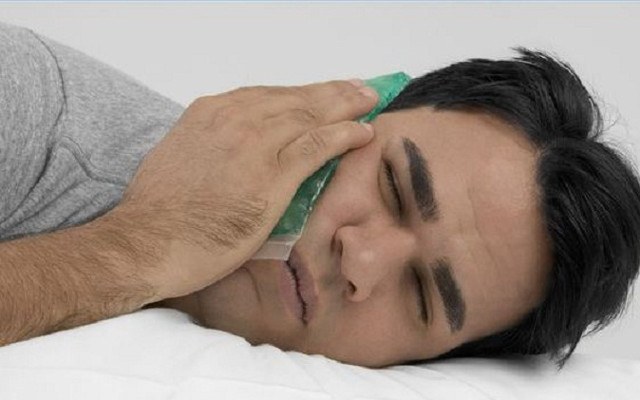 Related articles:
In 90% of cases of pus in the gums - acute inflammation around the dead tooth. This is outside of the bone, extending into the soft tissue of the face. Most people do not go to the dentist immediately, because acute pain may subside, sometimes it did not. However, the face is swollen and rounded in the midst of the accumulation of pus. If the flux arose around the tooth on the upper jaw, the swelling may affect the eyelid.

For the treatment of the flux should go to the dentist. Better to do it at the initial stage. The doctor will likely remove the tooth or open an abscess by incision. In some cases it is possible to save the tooth, but you will need to open its cavity. After that, the doctor will clean and wash out root canals and conduct the treatment according to the situation. In each case it is specific, as it depends on the extent of damage. the gums and tooth. As a rule, appointed anti-inflammatory therapy, every week need to carry out re-inspections, if necessary, will have to continue treatment saved tooth.

If the treatment was carried out efficiently and in a timely manner, the tumor will decrease approximately on day 3, but overall health often improves after a few hours after removal of pus.

Some patients do not hurry to treat this problem to the doctor, on the contrary, they try to solve it yourself. Most often they are applied to the abscess warm compresses, and it only increases the inflammation. In the end it leads to abscess. Indeed, suppuration is dangerous for its complications. It may extend beyond the periosteum, which can cause serious problems.

The development of the disease

Often the abscess or abscess opens spontaneously and the pus comes through the mucosa into the oral cavity. The inflammation will gradually go away on their own, but the infection will remain. In this case, you should take into account that the flux may at any time occur again. With weak immunity, the body itself can not cope with such a problem, people later will feel a strong increasing pain, will worsen health. In most cases, patients with a bad headache, there is a high temperature, increased swelling of the face, red skin, and it will hurt to touch. The above condition is cellulitis. It is an inflammation of the subcutaneous tissue of the soft tissues of the face. This education not only threatens the health of a person, but sometimes his life.
Is the advice useful?
See also
Присоединяйтесь к нам
New advices