How to draw comics

Making comics is harder than normal drawings. The author needs to be not only artistic but also literary style. Besides, you need to know the theory of drawing: creating compositions, choice of colors and the proper use of tools. 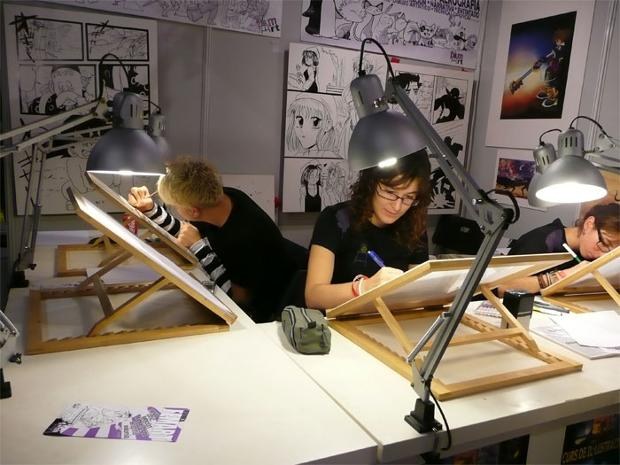 Related articles:
Select the method of drawing: traditional or on the computer. In the first case, you will need blank sheets of paper, pencils of different hardness, a ruler and a good eraser. If you are going to seriously engage in the creation of comics, can buy a special tilt table. You will also need a lamp and automatic sharpener.

If you want to draw comics on the computer, you will have to fork out for a graphics tablet. This device allows using a special pen to create images directly into the editor. You can use a program that allows simple drawing (Photoshop, PaintToolSAI) and specialized apps for comic book writers (MangaStudio).

The Foundation of any comic book characters. You need not only in every detail to consider a character's appearance, but also to create his character. What are his main motives, he looks at the world, what people he likes, and so on. It is best to make a separate card, which will indicate the background of the character, his favourite and least favourite things, as well as the approximate role in the plot.

It is recommended to create at least two main characters: a protagonist and an antagonist. This will increase the story interestingness. Confrontation and difficulty always attract more attention. Also, do not make all characters of the same sex. Pretty girls playing secondary roles, often become much more popular than the main character.

No matter whether you paint a funny or instructive story is never draw comics until I figure out the plot. This will allow you to place shots correctly and accurately depict the emotions of the characters.

Special attention should be paid to the environment. In the book the author himself describes the location of the heroes, using metaphor. You will also have to portray and the dark forest, and the interrogation room and much more. So best to describe every scene the words (you can write or dictate to the recorder), and then proceed to the image.

Remember the parts of the works: prologue, exposition, exposition, development of action, culmination, denouement and epilogue. Do not have to include them all, but they will help to develop the plot.

Remember that comics cannot begin and end with turns, for these parts gives a separate strip. The first frame must always contain the environment with the smallest details, this will allow the reader immediately to take in the sights. Every single turn must contain a complete effect, as the paragraph in the text.

The main events and actions are best placed in corners, and minor to give the middle of the page. It is best if the last frame of each turn to be some kind of phrase or action that will interest the reader and make him turn the page. Remember that the wide horizontal frames slow down action, vertical, on the contrary accelerate.
Is the advice useful?
See also
Подписывайтесь на наш канал