How to draw cartoons

Funny cartoons, deliberately distorting the man's face, making it look like, but funny, long ago gained popularity among the people, and master caricaturists are very popular among customers. Many people are interested in, what's the secret to drawing cartoons, in which the proportions and facial features are distorted, but similarity with the original is not lost. In this article we will tell you what you need to pay attention in drawing cartoon. 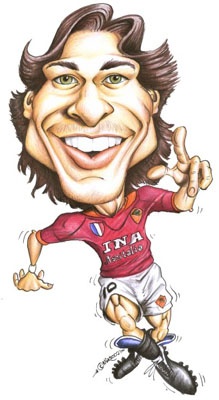 Related articles:
Instruction
1
First and foremost, pay attention to the proportions of the human face – the distance between nose, eyes and mouth and between the eyebrows and the hairline, mouth and chin, etc.
2
Mentally divide the face into several equal parts by lines proportions. Even if the person is disproportionate, you can divide it into equal parts, spending a few lines – the vertical center line of the pupils of the eyes, vertical lines on the corners of the eyes and horizontal lines on the edge of hair growth, chin, nose and eyebrows.
3
Knowing the ratio between the elements of the face, you will easily be able to modify them without loss of similarity in the pattern. This rule works as in the case of ordinary portrait, and in the case of caricature.
4
If you change the facial proportions for cartooning, it is erroneous to only change one element (for example, to shorten the nose) and leave the other places without changing. This will break the proportions and break the similarity with humans.
5
Reducing the nose, increase the distance between the eyes, widen the face, shorten the length of the head.
6
As the basis for creating caricatures of the human face head T-shaped, combining the nose and eyes. At the same time changing the nose and eyes, you will change the shape of the T-shaped region on the face, and on its basis to modify the remaining proportion.
7
The letter T on the face can have different variations of shapes – long, short, elongated or flattened. Changing the vertical crossbar of the letter "T (nose), don't forget to change the horizontal crossbar (eye) in accordance with the size of the nose.
8
Deforming any part of the face, back deform the adjacent part of the face. For example, if you move the mouth above that it almost merged with the nose, you have almost completely removed the chin of the figure. If the nose is reduced and is attracted to the eyes, increases the lower part of the face and mouth.
9
Vary form of persons depending on the size and shape of the letter "T , and soon you will understand the principle of drawing caricatures.
Note
How to draw cartoons? Without knowing the basic proportions, it is almost impossible to correctly draw a portrait, because the eye is very difficult to grasp the ratio of the sizes of various face parts. Mostly the mistakes that beginners make portraitists are errors associated with violation of proportions.
Useful advice
How to draw cartoons? People usually painted on a small sheet of paper, must be recognized by all his fans, friends, despite the fact. that cartoon face somewhat distorted, and the body and how does the little man's tale about the dwarves, with short arms and legs, pot-bellied tummy.
Is the advice useful?
See also
Подписывайтесь на наш канал