How to draw superheroes

The first superhero that I met the world became a Superman — an ordinary humble guy Clark Kent, who, however, possesses abilities beyond mere mortals. Superman appeared in 1938, and since then, the number of comics, cartoons and films with the participation of various "supermen" have increased every year, and many of the characters became iconic. However, nothing prevents to take a pencil and create another similar image. 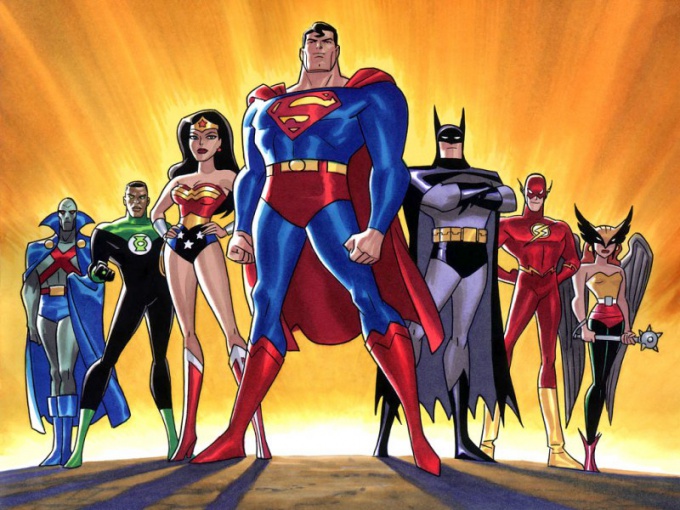 Related articles:
You will need
Instruction
1
To start just practice to draw the human figure. Review the structure of the human body, see how it moves, changing the position of the body when performing various actions. For this purpose, by the way, is great superhero comics.
2
If you are going to draw an already existing superhero, help comics, cartoons, books and pictures from the Internet. Practice as much as possible, srisovyvanie favorite characters in different poses and in various costumes, try to catch some special traits to him. Once you get the hang of it, copying other people's drawings, you can try to create your own.
3
If you want to create your own superhero, you should first think about how it should be – how it will look and what abilities to have. All superheroes have a number of similarities. First, the superhero has something special over-power that he gets the most unexpected ways (like the bite of a radioactive spider). Secondly, he, as a rule, muscular body, and in the wardrobe there is a tight suit that emphasizes the dignity of this body. The proportions of the body are often disturbed, exaggerated to emphasize the strength and power of the character. Often the superhero has a symbol, like the letter "S" Superman or bat Batman. Don't forget about all these details when creating your image.
4
When you imagine how will look like your character, try to portray him in all details. In the same way as in the case of foreign characters, try to play the hero in different poses and in different situations.
5
Can you think of for your character and other characters that normally appear in the comics and movies. Usually the superhero has a partner who helps him in all things (but all the glory goes to, of course, the main character), and you have a sworn enemy with whom the hero fights always and everywhere. Maybe you'll get a good new story that will ever bring you worldwide fame.
Is the advice useful?
See also
Присоединяйтесь к нам
New advices