How to replace engine mount on WHA

Engine mount to dampen vibration and hold it on the body. They consist of rubber and metal. Rubber tends to dry, so the mount is unreliable. For VAZ 2101-2107 replacement cushions takes a lot of time, and make it possible even without an inspection pit or lift. 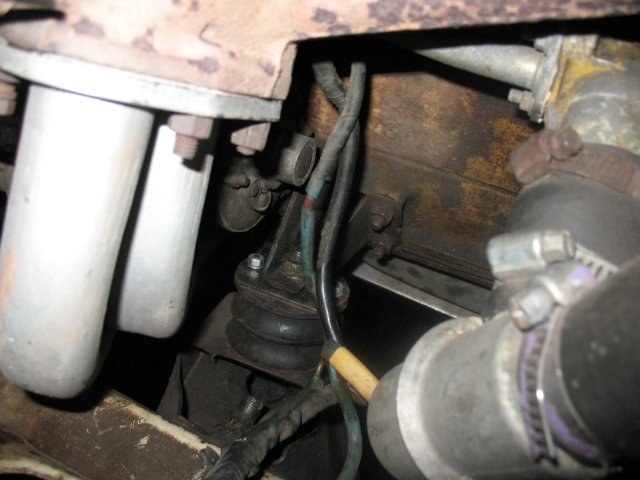 Related articles:
You will need
Instruction
1
Put the vehicle on a level surface, otherwise after removing the cushions the engine can move under the wheels put the stops so the car doesn't slid. Easier to replace the pit, but without it can be overcome. Unfortunately, not all of it is available. Lift up the left side on the Jack to maximum height so you can lie down under the car.
2
Remove the crankcase and the substitute under the engine a Jack. Ideal – hydraulic, since it is easier to work with. Set it so that after removing the pillow, the engine did not fall down. Now take the mechanical key 17 with cardan joint and an extension bar. In the gully you will see a hole, which is the bottom nut of fastening of a pillow. Twist it.
3
Remove upper nut using the same socket wrench 17 can swivel or carob. On the classics on the left side it is quite comfortable to work with it, there is enough space. Similar and Unscrew the mounting nuts on the right side. There include less, as it will hinder the exhaust manifold and starter. But with the gimbal this problem goes away.
4
Jack the engine. Gently and without haste to do this, be careful not to tear the wires and tubes. Need to raise as long as you can easily pull out the old pillows. Ten centimeters will be enough.
5
Remove the old cushion and put a new one. Look carefully and see that they are not trapped. Setting a new pillow, slowly lower the Jack. See that stud on the pillows were in their holes. Once you do that, engage them nuts, after putting pucks.
6
Lower the floor Jack until the end and finally tighten the nuts. The replacement cushions on the car VAZ 2101-2107 over. Check whether the lower radiator hose leak. When raising the engine nozzle can shift slightly if the clamp is not tightened properly.
Note
Remove the battery terminal as possible risk a short circuit.

It is advisable to install between the Jack and engine to a wooden block so as not to bend the pan.
Useful advice
On the right side upper nut to Unscrew quite problematic. For convenience, remove the air filter from the carburetor with the keys 10 and 8.
Is the advice useful?
See also
Подписывайтесь на наш канал