With a station leave the train Moscow-Pskov

The distance between Moscow and Pskov is 731 km. Between the towns by trains, planes and buses. Trains set off from Leningrad and Riga railway stations of Moscow. 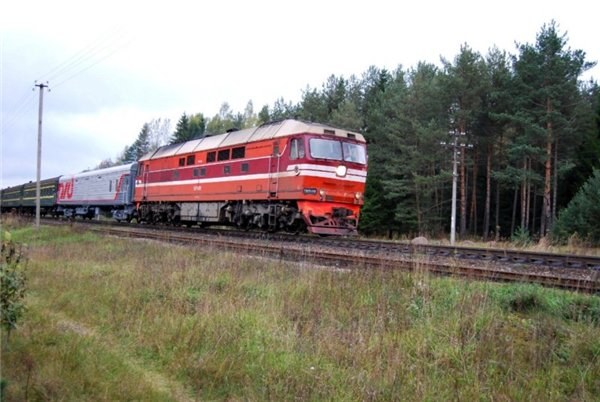 To the message from the Leningrad station

The Leningrad station is located on Komsomolskaya square, 3. He refers to the October railway serving the line Saint Petersburg — Moscow. In order to get to the train station must get off at the metro station "Komsomolskaya". Next to the Leningrad station there are two railway stations: Yaroslavl and Kazan. For more information, please call the single reference RZD 8 (800) 775 00 00.

The first train from Moscow railway station in Pskov departs at 15:50. Arrives at destination on next day at 05:00. Journey time is 13 hours and 10 min. In summer goes once a week on Fridays. On the way stops at stations Tver, Bologoe, Staraya Russa, Moreno, etc. From the Leningrad station also runs train Pskov. It leaves at 18:30 after 13 hours arrived in Pskov. A ticket for one of the best trains of the country are on 700-1500 p. higher than on conventional trains. The flight is operated daily.

The train from other stations

To the message can be reached from Riga station, located at Rizhskaya square 1. On Fridays and Sundays weekly from this station at 19:56 train departs No. 663Р. Journey time is 16 hours and 9 minutes on certain days of the station the train No. 667Щ at 22:19. Arrives to Pskov the next day at 14:35.


Also to the designated point trains with the Kursk railway station, which is located at the address Zemlyanoy Val, 29. From this train station on even days at 17:11 transit train is sent with the message Sukhum — Pskov.

Other modes of transport

Between cities is by air. To Pskov you can fly by plane from airport "Domodedovo". Flight is on Monday, Wednesday and Friday weekly at 21:20. Two hours later, the Jumbo jet landed at the airport of Pskov. Also every day you can reach your destination with a stopover in St. Petersburg.


From Shchelkovo bus station in Moscow located at Uralskaya street, 2, every week on Mondays, Wednesdays and Saturdays at 20:00 there is a Shuttle bus following from Moscow to Pskov. Passengers reach Pskov bus station the next day at 10:55.


By car to the Pskov can be reached by highways M9 and M20 through the towns of Rzhev and Velikiye Luki. There is also a travel option for the M10 through Tver to Novgorod the Great, and thence by inter-municipal roads to reach designated point. Journey time is 9 hours.
Is the advice useful?
See also
Присоединяйтесь к нам
New advices