Why do men grow long hair

In the modern society can often be found inadequate reaction to people, stand out from the crowd. The interesting thing is that women have forgiven a lot — hardly a surprise with the face piercings, colorful tattoos, or colored hair. But man, to call attention to yourself enough to grow long hair. 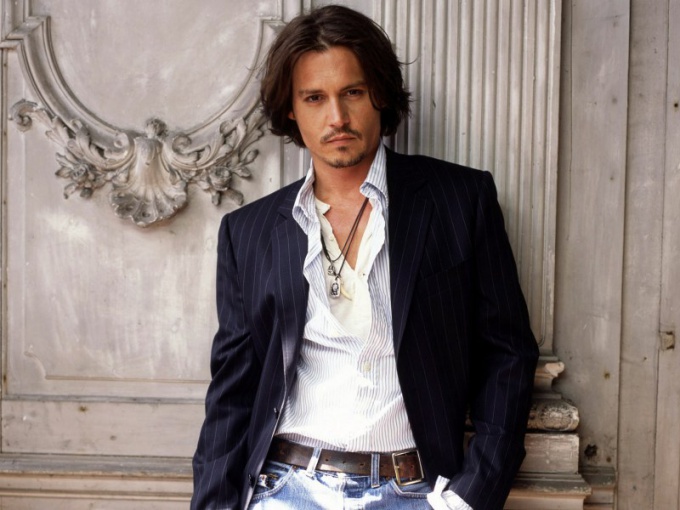 The story is long men's haircuts

The first mention of men with long hair — the legends of different tribes of Indians and Africans that are far away from each other. In many tribes, men had to grow their hair almost from childhood, clipping only after defeat in battle. Most of the men wore tails or long braids in the waist, and hair, cut shorter than shoulder length, was a stigma.

In the middle Ages men's long mane was considered a luxury item and indicated aristocrat. Because of the unsanitary conditions allow long hair could not everyone, as it required careful maintenance and time-consuming — not all men will agree to waste precious time on such nonsense. After the introduction of the fashion of wigs, it was decided to be cut short, so to wear a wig for long hair extremely uncomfortable. Despite the fact that the artistic elite rebelled against the rules even then, and short hair quickly became fashionable, the owners of long hair is still respected, and treated them with tolerance.

To date, is adopted to grow hair Christian priests. To accurately determine the roots of this tradition is difficult, but most researchers argue that therefore, the clergy wanted to be closer to Jesus Christ, bearing a rather long hair.

Today, meet on the street, a grown man with long hair (especially longer than shoulder length) is difficult. Returns fashion lush beards, vintage men's clothes and long hair while staying out of the way — it is difficult to imagine a reputable businessman, head of a large company with a powerful scythe or tail.

Such variations undoubtedly occur, but in our time, long hair was a sign of a creative, vulnerable and sometimes slightly crazy nature of not wanting to live by the rules of society. It is not surprising that this attribute is resort, some youth subculture.

Should only remember about the hippie movement that arose in the last century, but still popular. Hippies believed all people are equal, so men could grow long hair. In addition, hippies believed that long hair helps them to be closer to nature and get more signals and positive energy from the cosmos.

Also known subculture, whose members were made to wear long hair is Goths, rockers and metalheads. The first two is no particular rule with regards to hair and everyone chooses according to their taste, but Metalist would not be considered "hardcore" (hard) without the long mane, which can be effectively waving during performances, or simply dancing to your favorite song.

Fashion long mens hair originated from ancient times, leaving on the back burner, then appearing again. In the age of computer technology, the men let go of long hair, wanting to show their creative nature and unique personality, escape from your everyday routine.
Is the advice useful?
See also
Подписывайтесь на наш канал