The car brand Audi is known throughout the world. Their distinctive feature - high quality and recognizable design. The popularity of the brand has forced the leadership to expand the geography of production, today, Audi released not only in Germany. 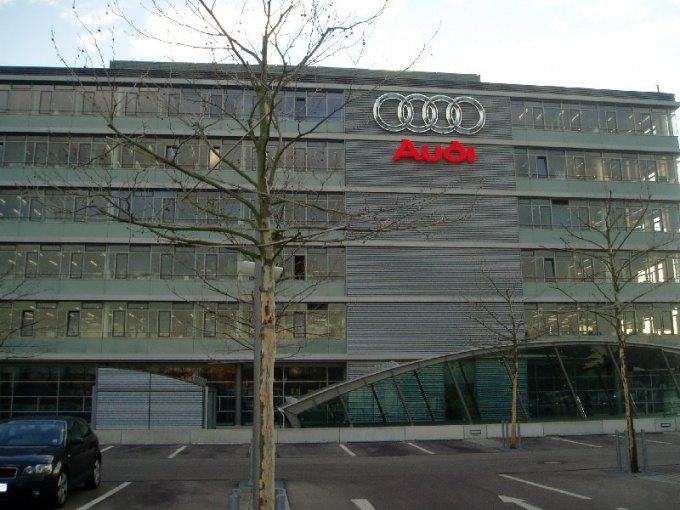 Here, close to Munich, the main production is concentrated: every day is available for 800 Audi A3 same A4 and about 2 hundreds of Audi TT. Also produce models A3 and Q5. In addition to these cars the plant produces kits to send to China (Changchun, FAW-VW) and India (Aurangabad).

The plant occupies a territory of almost 2 million hectares. in Addition to the parent enterprise, office, a production tool, a marketing Department, Technocentre. The latter is considered one of the best in the world, thanks to the aerodynamic position of being able to "reach" the speed of 320 km/h and lower the temperature to minus 60oC. Installing free use of the members of the Corporation – Wolksvagen, Seat. For others wanting a set fee of 3000 Euro per hour.

High level of technical equipment of different Assembly plant. The degree of automation approaching 100%. Only at the end of conveyor is used the human verification: staff check the quality of the build after the robots and eliminate possible flaws. Every minute the Assembly line is truly Golden: emergency stop for this period will cost 13,000 euros. However, the management of the company is not a supporter of the sweatshop system and attentive to work. For example, when it became clear that the position of the body on the Assembly line at 45 degrees is bad for the spine, was immediately reconstructed Assembly line, and now cars are arranged horizontally.

In the German city of Neckarsulm produce A4, A5, A6-A8, R8, Cabriolet and kits for the Indians and Chinese. The Hungarian subsidiary produces (meaning Assembly) of the A3 Cabriolet, TT Roadster, TT Coupe, RS 3 Sportback, and is also engaged in manufacturing engines. Belgian producers are busy with the release of A3, and since 2010 – A1. Q7 is produced in Bratislava.

In Russia has started production of the Audi in Kaluga (based on the WV), but soon he turned. Now the issue of the resumption of production models A6-A8, Q5 and Audi Q7.
Is the advice useful?
See also
Присоединяйтесь к нам
New advices