It is possible to treat a cold with antibiotics

Many people today, for a rapid recovery in a hurry to swallow another batch of antibiotics. They don't even think much about it, and whether to take such drugs due to common head colds. 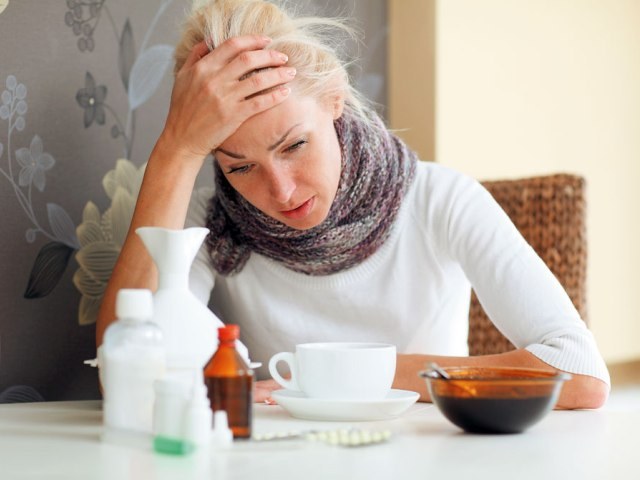 Related articles:
Quite often in self-medication of colds, many have resorted to rather controversial aid - antibiotics, sincerely believing that this medicine will help you to overcome any ailment. Meanwhile, many physicians agree that antibiotic use in uncomplicated colds are not able to speed up the healing process. Sometimes it happens the opposite situation – the acceptance of such funds can cause the development of a number of side-effects or complications. On a background of reception of antibiotics often develops dysbiosis, have an allergic reaction, weakened immune power. In addition, the antibiotics do not have anti-virus nature of the impact, their "target of destruction" - bacteria and influenza is a viral infection.

The better to treat colds

The use of antibiotics in the treatment of colds microscopic. But the side effects - more than enough. In particular, any use of antibiotics contributes to the fact that the body begins to produce certain microorganisms, which are resistant to this form of medication. In the future when you really need antibiotics, they will be difficult to pick up.

At the first sign of the disease should drink immune stimulants in the form of tinctures of Echinacea or other means.

During the first days it is desirable to take such a remedy every two hours, then three times a day.

If you have time to capture the disease at initial stage, it can simply stop. Even with more prolonged inflammatory process, immune stimulants allow you to recover much faster and without complications. But do not relax - some day will have to "obolete" because the body takes time to focus, to destroy the virus.

When there is a rise in temperature, it is possible to use antipyretic drugs such as aspirin, Fervex paracetamol. Although make they should be at a temperature that exceeds 38 degrees. In all other cases, a person creates his own more protracted course of the disease, especially for children. However, the omission of the beginning of SARS, when there are different symptoms, antibacterial therapy may be the only correct method of treatment. While antibiotics should be prescribed only by a doctor after face-to-face inspection and analysis.

When antibiotics are really needed

Prescription of antibacterial agents is shown in the presence of anaerobic tonsillitis, pneumonia, suppurative complications, for example, purulent lymphadenitis, sinusitis, acute otitis media. Also it is advisable to take antibiotics after delivery of the analysis, which showed the bacterial origin of the disease. Taking these drugs can be used due to the development of Muco-purulent rhinitis, which occurs more than ten days.

Uncontrolled reception of antibiotics can result in dysbiosis of the intestine and vagina.

Antibiotic used should be highly active against pathogens of the disease, have directly the effect of the penetration of the infectious lesion, the possibility of excretion and metabolism in multiple ways, and to be absolutely safe for the patient.
Is the advice useful?
See also
Присоединяйтесь к нам
New advices