The most progressive achievement in the field of medicine is still considered the discovery of penicillin. This drug, named after the antibiotic that completely transformed the world. Today, modern pharmacology has hundreds of types of antibiotics that effectively treat a variety of difficult infectious diseases. 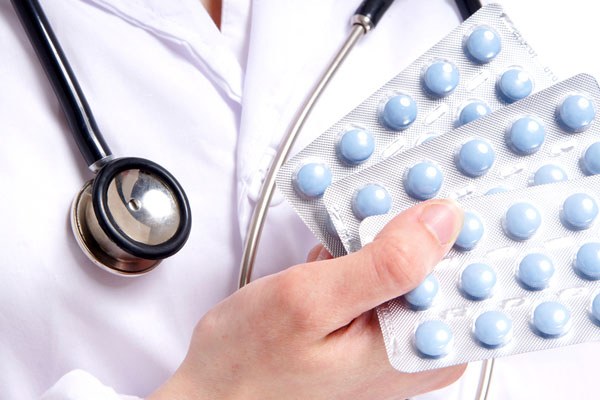 Medicine since penicillin has gone far ahead, creating a new generation of powerful drugs-analogues. The reason why modern doctors are forced to use a powerful antimicrobial tool is that harmful bacteria had to adapt to penicillin. Microbes are adapted and began to develop a special enzyme penicillinase, which can destroy antibiotics.

Antibiotics of the new generation

Most of the new antibiotics work selectively, i.e. their action is directed against the microorganisms one or two species. Today in the healing medicine found broad use of antibiotics of fluoroquinolone, cephalosporin, imipenem, macrolides, penicillins. The most strong antibiotics are broad-spectrum antibiotics that destroy gram-negative and gram-positive bacteria.

To this group belong the most powerful antibiotics with a broad spectrum of activity, bactericidal working. These drugs are well tolerated by patients,with minimal side effects. Now the group of cephalosporins includes four generations.
• Drugs of the first generation.
Work well against staphylococcal infections cefadroxil ("Biotoxin", "Brief"), Cefazolin ("Kefzol", "Rizolin"), cephalexin ("Ospexin", "Sporidex").

• Drugs of the third generation.
Well established in the treatment of diseases such as pyelonephritis, meningitis, pneumonia, infections of the abdominal region, and osteomyelitis. These include ceftazidime ("Potrazim", "Fortum), Ceftriaxone (Cortef", "Lindzen"), cefoperazone ("Cefobid", "Medie"), Cefotaxime (Zeosin", "Klaforan").

• Preparations of the fourth generation — the most powerful of cephalosporins ("Cefepime").
The range of application is much wider than the previous group, together with the more and the list of side effects: disbacteriosis, nephrotoxicity, neurotoxicity, the hematologic toxicity.

To antibiotics narrow application are macrolides that have proven themselves in the struggle against gram-positive microorganisms. The action of macrolides aims to stop the growth of bacterial cells, they do not inhibit the immune system.