How people live after the removal of the stomach

Cancer is a real plague of the 20th and 21st century – remains one of the major causes of mortality of people of working age. A considerable percentage among patients of the cancer center – people who have stomach cancer. Fortunately, in a timely manner, the resection of the stomach can be cured from this terrible disease. Following the advice of a doctor after removal of the stomach, the patient to secure for decades an active and happy life. 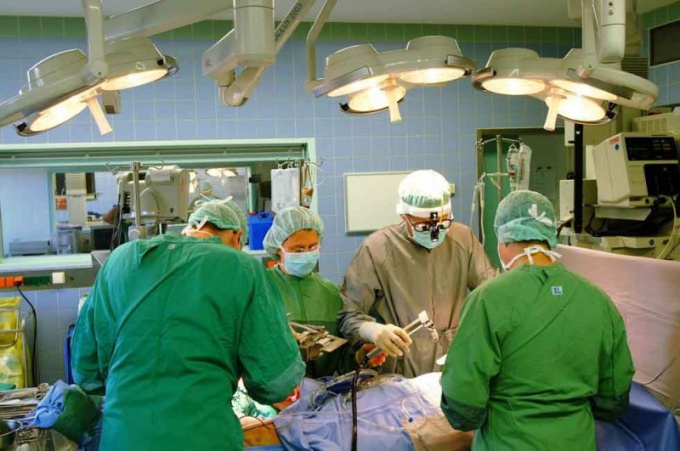 The patient to whom the diagnosis "Oncology", the first time feels empty. It is important not to panic and not to give up on yourself, and as soon as possible to begin treatment. Even such insidious form of cancer, like stomach cancer can be eradicated thanks to advances in modern medicine – resection of the stomach can stop the development of the disease and prevent the spread of metastases.

The term "resection" refers to removing part of the stomach, and in severe cases – and the removal of the stomach completely. After the operation for several days, the patient receives nutrients intravenously, and the stomach contents extracted through the probe. If the forecast is favorable, with approximately the third day the patient starts eating little by little initially, teas, jelly and pureed soups, and a little later, steam omelets, mashed potatoes and souffle.

Despite the apparent complexity of such an operation, often already after a couple of weeks after the operation the patient can return to their daily lives. Of course, he avoids any loads and strictly adheres to prescribed diet. Sudden weight loss during this period is normal, and should not be afraid of this.

What are the features of adaptation to normal life after removal of the stomach?

For the first four to six months after surgery, the attending doctor prescribes a strict diet. The main goal of the diet is the prevention of the inflammatory process and reducing possibility of development of dumping syndrome. The essence of the diet lies in the fact that the menu of the patient has a large number of easily digestible protein – for example, boiled meat, as well as complex – grains, cereals, vegetables and some fruits. Banned so-called "fast" carbohydrates, such as sweets, as well as refractory fat (lamb, pork).

The patient, when in good health, returns to normal life. Its menu is almost not different from the menu of a healthy person, except for the fact that he shows a fractional – 4-5 times a day in small portions – meals. Still should not eat large amounts of carbohydrate. In addition, has passed through the stomach removal man some kinds of exercise, particularly lifting weights.

Otherwise, in a timely manner, the resection of the stomach prevents the spread of metastases and often completely cures cancer. He lives a full life, he is healthy and happy.
Is the advice useful?
Подписывайтесь на наш канал