When there is a stripe on the abdomen during pregnancy

The color of the stripes on the abdomen of pregnant women had tried to predict the sex of a child. According to this legend, a dark band promised phenomenon in light of the knight, and its absence – the red girl. However, modern scientists studying all the changes in the body during pregnancy, no relationship between the color, width, and presence or absence of bands with the gender of the baby is not established. 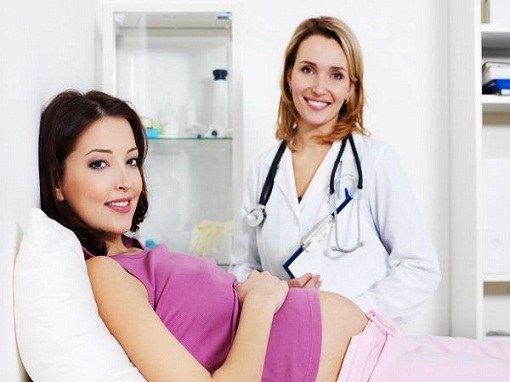 Vertical stripe on the abdomen as a sign of pregnancy

In the period of carrying a child any changes in health and appearance cause expectant mothers anxiety. What impact will they have on the development of the baby, don't hurt him they are what testify of all the changes – the concerns of every pregnant woman. But of particular interest to women is the strip that stretches along the belly of a narrow or wide line.

The reason for its appearance on the body lies in the increased level of this hormone as melanotropin that produce pigment and increasing the risk of darkening the skin. He is the instigator of the occurrence of birthmarks and age spots and freckles. Also its influence on the process of pigmentation have progesterone and estrogen. However, the increase in their level does not mean that the pregnant body is something wrong. On the contrary, the stripe on the abdomen can be called a symptom of normal pregnancy.

Is there a time frame for the appearance of "pregnant" strips?

Most pregnant characteristic dark stripe on the abdomen usually appears in the later stages, and clearly indicated she was about 7 month. But not all women have it, so its absence should not be cause for concern. The presence or absence of bands is just a manifestation of the individual characteristics of the organism.

Some women stripe on the abdomen appears at the end of the 12th week of pregnancy, and this is considered normal.

Fun for women and that the pigment streak during pregnancy have different effects on different people. For example, one group of expectant mothers it can be a light and to reach out from the navel to the pubes, the other dark strip stretches along the whole length of the abdomen.

Will the band on the stomach after giving birth?

Any action to remove the strip from the abdomen after giving birth not need to take. Usually she goes through 2 – 3 months due to the stabilization of a hormonal background. However, it sometimes happens that the strip remains on the skin for more than this period, or does not disappear at all.

Prevention of the appearance of pigmented bands in pregnancy is to protect the body from UV radiation and moderate consumption of coffee and black tea.

If much pigmented stripe on the abdomen turned into a cosmetic defect, deal with it by using hardware correction in the beauty salon. If the remaining runway is not thrown sharply in the eye, may it brighten and compared with the hue of the skin after tanning.
Is the advice useful?
Присоединяйтесь к нам
New advices