How to know the sex of the child on national signs

Popular signs, which can determine the sex of the baby, are very diverse. It is curious that they appeared in the process of long-term observations of pregnant women and is often true. But do not forget that it's only the signs that are not able to give accurate predictions! 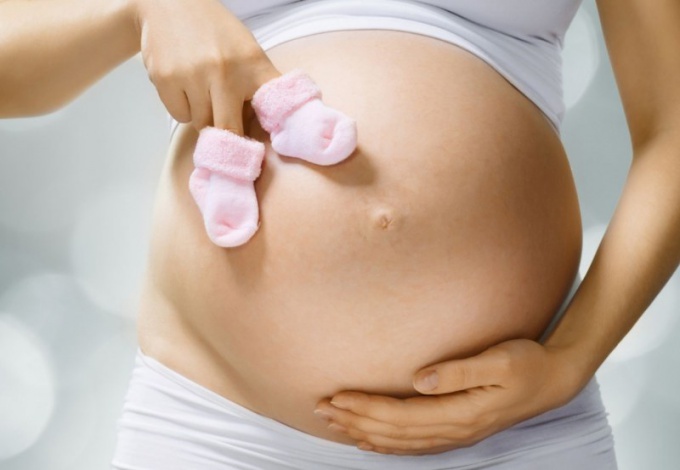 If the abdomen of a pregnant woman has acute form, down low and protrudes forward so that the back indistinguishable, it is possible to judge the future of the boy. Round, highly elevated and visible from the back of the abdomen is a sign of having a girl. Also the baby's gender can be determined by the gait of the future of a young mother. For example, a woman who carries the future of his son, goes the awkward duck-walk, and the woman, the pregnant girl, walks like a deer.

Popular signs in appearance of a pregnant woman

In addition, to guess the sex of the baby using folk will take you, focusing on the appearance of a pregnant woman. For example, if the expectant mother has not changed in appearance or even prettier – it's a boy. But the abundance of spots, pimples and redness on the skin of women, and excessive irritability talks about the birth of the girl child: a daughter supposedly "steals" the mother's beauty.

Popular signs in breast of a pregnant woman

To tell the sex of the baby will help and a certain kind of female breast. A sign of the birth of a boy are darkened areolae pregnant woman and girl light nipples of the future mother. There is another popular superstition related to women's Breasts: if the right breast is left smaller updates in the near future will be born is a girl.

Other popular signs of the future child

If a woman during pregnancy want meat, and salty and sour products, will soon be a boy. If a pregnant constantly want sweet – waiting for a girl. The bouts of morning sickness also indicate that nurturing girls and cold feet during the pregnancy and recurring headaches signal the birth of a boy.

When the expectant mother prefers to sleep on the left side is the most likely appearance of the son. Also the nurturing of the boy confirmed the active movement of the baby in the belly. Woman pregnant with a baby girl will be finding a comfortable sleep and rest on the right side.

To determine the sex of the child can be used not only pre-registered people sign, but to try to define it with the help of folk divining. If the year of birth of the pregnant woman and the month of conception coincide in their parity, it's a girl, if not the same boy. The result is that people's prediction will be void if the conception occurred in the month of birth of the expectant mother.

If a pregnant woman will be asked to show his hands, and she shows them palms down, a boy, if with his hands up a girl. If the family already has children, you need to remember the first word the baby. If it was the word "mother" that a girl, if the male boy.

In conclusion, it is worth noting that people's signs - this is just folklore, which is irrelevant to the current reality. Therefore, trying to determine the gender of your baby, you should not entirely rely on them!
Is the advice useful?
See also
Присоединяйтесь к нам
New advices