Is it harmful to drink milk to adults?

Many people came out of childhood, stop drinking milk. There is even the assertion of Western scholars that milk is contraindicated in the adult organism. On the other hand in the USSR in hazardous industries milk was given to restore health. So beneficial or harmful to drink milk to adults? 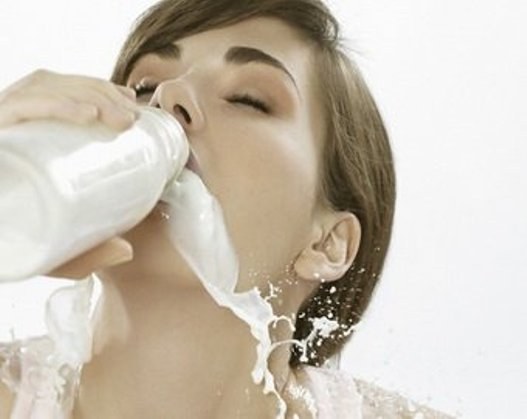 "What Russian well, the German death"

Western scholars, on the basis of the studies came to the conclusion that for an adult to drink whole milk harmful. "After all, among the mammals, including man, – they confirm their conclusions – milk calves consume only up to a certain stage of adulthood." Indeed, based on these data, these scientists found that the adult population of southern Europe, Asia, Africa and Latin America does not tolerate milk. Their body does not assimilate the milk sugar – lactose. As a result, problems with the gastrointestinal tract. Moreover, the older people, the consequences heavier.

Bloating, colic, diarrhea – here are the most harmless of the consequences that can test such a man, after drinking the milk. Is contraindicated it may be allergies.

However, for most residents of Russia and countries of Northern Europe do not have these problems. Lactose is digested well as in children and adults. This is due at the genetic level, so we evolved. Features the body's absorption of certain types of products depending on the race widely known, and this has to be considered, when visiting exotic countries. For us, the harmful and even dangerous to life may be common among the indigenous population with the local fruits, vegetables and berries, as well as some types of animal food.

Which milk is healthier

What is healthier milk: cow's or goat's natural home or in packages from the store? Of course home, it's no wonder it natural. In fresh milk there is a lot of different vitamins and minerals that are lost during heat treatment. On the other hand, due to a lack of sterile conditions of storage, in home milk live, develop and multiply rapidly a variety of microbes, including pathogens. Therefore, homemade milk is better still to boil. And milk from the store, though pasteurized and sterilized, is still a useful product, rich in proteins, calcium and other trace elements.

Goat milk differs from cow's protein and fat composition. It is richer in calcium, but contains less iron and folic acid. Because of the propensity of goats to the disease brucellosis, goat's milk should be boiled.

Drinking milk, remember that it is not a drink, it's food. It is better to drink on an empty stomach, as a snack with sweet fruits and berries or nuts.
Is the advice useful?
See also
Подписывайтесь на наш канал