What kind of milk is paired with the

"Everyone tried, but the taste does not remember" - known, the Enigma of breast milk. Indeed, milk is the first food of man. It contains many useful substances, it is not possible without proper growth of the child. However, the milk is different: cow, goat, Mare. It can be boiled, sterilized, ultra pasteurized, but it's all about milk, which is sold in stores. And I want to talk about a completely separate form of milk doubles. 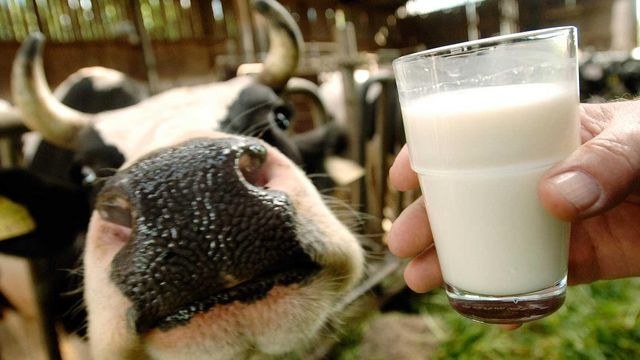 Not to be deceived

Many people buy milk at the market, grandmothers, in large three-liter jar. Grandmother advertise it as fresh, and we being on this marketing ploy. But it is important to know that a pair is considered only the milk that is obtained directly from the cow (or goats and mares). And the title of the pair it is only 4 hours after milking. From fresh milk, the temperature of the cow, and in cold weather, steam rising from it. Grandmothers are on the market in the morning and before closing, in the sun. And trust the quality of their milk is not worth it. Or you need to come to the market to the very opening. Then there is still a chance to buy real milk.

Bought milk you should definitely precipatate. This will kill the pathogenic organisms that start to reproduce in fresh milk as soon as it ceases to be fresh – that is, 4 hours after milking. Also if you bought real fresh milk, but didn't drink it during those four hours, it must also be boiled. And security of buying fresh milk – ideally you should know the animal from which buy milk. To see all the required sanitary documents confirming that the animal is healthy. Also good to know the hostess to be sure that the animal is kept clean. And even to know which fields of grazing cows consume whether they are pure organic products. Or they are fed chemicals and antibiotics. But this is only possible in the countryside, where the city residents come to relax in the garden and buy milk from village residents.

First, milk is a source of calcium. Therefore, it is especially useful for children and elderly people, in children, the skeleton being formed, and older people observed bone fragility. Also milk is good for teeth.
Secondly, milk is a source of protein. He nourishes and promotes the growth of muscle mass. So often milk, including fresh, use bodybuilders.
Third, milk has vitamin B1 which strengthens the nervous system.
Fourth, milk contains vitamin a, which is needed for healthy skin and mucous membranes.
Fifth, the milk has beneficial effects on the cardiovascular system.

These are General properties of milk, but fresh milk all of these properties are multiplied several times. The benefits of fresh milk significantly more than those from any milk from the package.

Finally, fresh milk, unlike milk purchased in the store contains a whole bunch of beneficial bacteria that strengthen the immune system. However, 4 hours after milking, when the milk ceases to be fresh, these bacteria are destroyed.

Many parents, knowing about the benefits of milk specifically go to the village for the summer to unsolder there milk to the child, strengthening his health. But there is a caveat – fresh cow's milk is very fatty, babies it does not fit categorically. If you want to give fresh milk-old child, it needs to be diluted with water 50: 50. Much better for the child's body – fresh milk but only goat. Its composition goat milk is as close as possible to the parent, so the children are handling it well and even love.

In any case, the benefits of fresh milk outweigh all the difficulties associated with where to get it and how to store. By the way, many do not like the taste of fresh milk. Yes, fresh milk is short-lived, and the taste of it is really specific. But your immune system, bones, nerves, skin, muscles will say thank you for every glass of this drink.
Is the advice useful?
See also
Подписывайтесь на наш канал