What does the name of the band Bi-2

Bi-2 is one of the most successful Russian groups 2000 years. His appearance is obliged to the two young people from Belarus – Shura and Leva (real name – Alexander Uman and Yegor Bortnik). 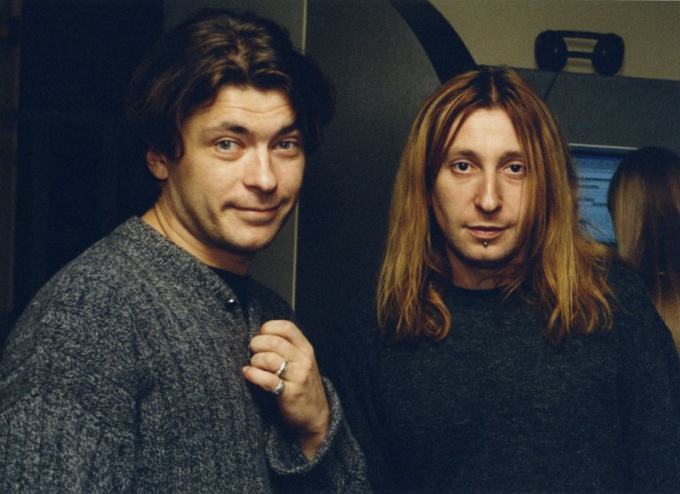 From the history of the band Bi-2

Shura and Lyova met in 1985 in Minsk, where both were engaged in a theatrical Studio "Ronde". The origin of friendship was facilitated by the common passion for music. Shura studied while in music school, and Loew wrote good lyrics. In August 1988, Shura, together with other musicians, produces his first rock band. Originally it was called "Brothers in arms" and was later renamed to "the Shore of the truth." The group consisted of 15 people, but its composition was not stable. At an early stage in the history of the group neither Shura nor Loew did not venture to act as vocalists. Shura played on the bass guitar, but Loew still wrote the lyrics.

After not too successful performance at the rock festival in Bobruisk, the group temporarily broke up, but in August 1989, a new team, dubbed the b-2 – abbreviated "Bank of the truth – 2". Singers date steel Shura and Lyova. By the way, on their initiative was created Bobruisk rock club. Soon, in the home studios of Minsk, the band recorded its first album, "Traitors", which, however, was never published.

In 1991, Shura, and a year later, and left, moving to Israel. There they continue to compete, and even win first place at a rock festival in Jerusalem. Their collaboration continued in Australia, where Shura moved to relatives (though Loew joined him only 5 years later). It was there, in Melbourne, his friends managed to record a full length debut album of Bi-2.

On the crest of success

Soon the guys found out that their songs are actively spinning in the air of Russian radio stations, and in 1999 he came to Moscow. Their destiny changed by the song "nobody writes to the Colonel". The fact that it attracted the attention of Alexei Balabanov, who made it the main theme of the film "Brother-2". Due to the success of the film, the song immediately became a hit, and b-2 literally woke up famous. The second big hit of the group – the song "Silver" recorded, accompanied by a string Quartet.

Further, the students collaborate and write new songs with such popular groups and performers as "spleen" "CHajf" Brainstorm, Julia Chicherina and Diana Arbenina. Huge numbers diverge their albums "meow kiss me" (2001) and "Cars" (2004). In 2007, the group b-2 received the prestigious music award MTV Russia Music Awards in the category "best rock project". Today, a popular band b-2 continues an active concert activity and working on new albums.
Is the advice useful?
Присоединяйтесь к нам
New advices