Why cramp the muscles of the legs during sleep

Every second person on Earth at least once in my life felt painful spasms in the muscles of the legs during sleep. These feelings are very unpleasant and interfere with recreation, however in most cases the causes of night cramps, non-hazardous and easily disposable. 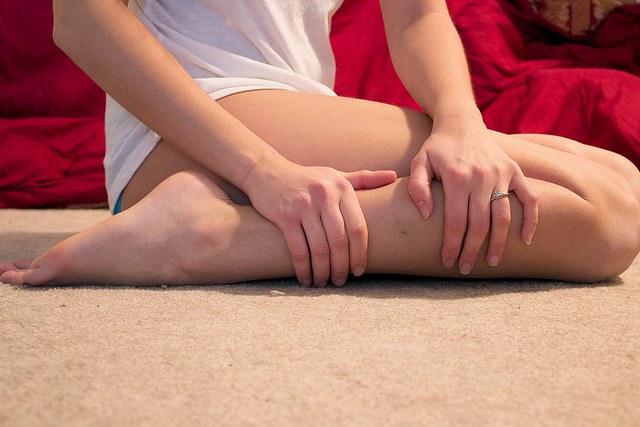 Related articles:
Cramps in the muscles of the legs occur mainly at night. As a rule, reduces calf muscle, although painful spasm can be felt in the thigh and in the foot. These sensations are quite painful: legs feel heavy, as if they wore pads, and even after the spasm passes, the muscle aches for several hours. The spasm lasts for several seconds to two or three minutes. The main risk group are the elderly, according to statistics from night cramps affects one in three people aged 60 years and age group above 80 years has been one of the regular complaints about the occurrence of spasms in the muscles of the legs during sleep.

Night cramps can easily be confused with restless leg syndrome. This disease is characterized by a persistent feeling of discomfort in the legs at night. In this case, to facilitate a walk.


The causes of night cramps

Unfortunately, in most cases, doctors only shrug, because the cause of night cramps is still not known. According to one version of a muscle cramp due to the fact that in the supine position (especially with toned knees) it is reduced in length, and when you change the position we force it to stretch. It is this forced stretching of the muscles and causes pain. This theory explains the fact that exercises designed to stretch muscles, and also cause seizures. In some cases, night cramps, leg muscles can be a symptom of any problem. For example, some medicines have side effect of seizures. These include thiazide and loop diuretics (diuretics), nifedipine, cimetidine, salbutamol, a statin drug, terbutaline, lithium, penicillamine, and phenothiazines. Of other reasons you can highlight dehydration, salt imbalance (deficit or excess of potassium or sodium), atherosclerosis of peripheral arteries, alcohol intoxication, atypical disorders of the nervous system. It was also noted that seizures can occur in late pregnancy.

Become at a distance of 60-90 cm from the wall. Then bend and lean on her hands so that the foot was fully pressed to the floor and the calf muscle is well stretched. This exercise will help to relieve the spasm.

What to do if feet cramp

To facilitate is recommended to do massage of the affected area. Also helps stretch the muscles: it should be possible to pull the foot for themselves. Painkillers in this case useless, since, when the medication starts to work, the pain will pass by itself. However, tools such as the paracetamol will help to ease the feeling of discomfort and heaviness in the muscle, which can last up to 24 hours after the cramp will pass.
Is the advice useful?
See also
Подписывайтесь на наш канал