Where cheap to rest on the Black sea with children

The black sea coast still remains one of the favorite places of rest of Russians. Only now they can choose to go to the usual native Crimea and Krasnodar Krai, or go to Bulgaria, Romania, Turkey. 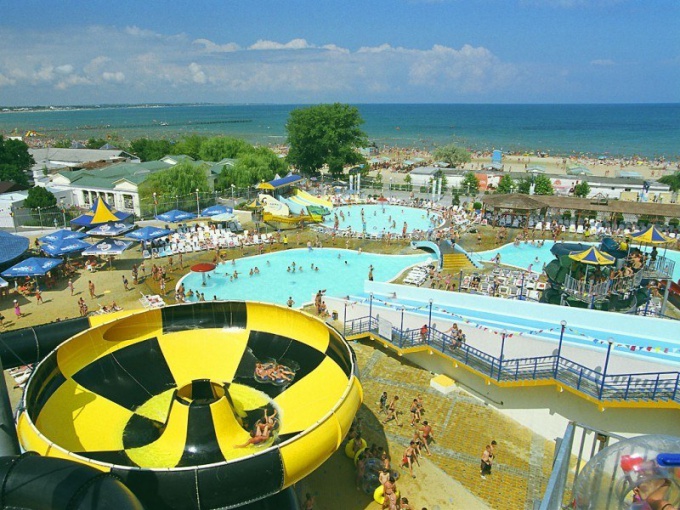 Russia and Ukraine - can we rest on the Black sea cheap

Black sea coast of Crimea and Krasnodar territory abounds in beach resorts. There are expensive hotels and the rooms and house. But most often conditions affordable apartments leave much to be desired. Not all the rooms have shower and toilet, not to mention the kitchen area. Most of the facilities are shared bed is not comfortable enough for pretentious tourists.

And the cost of living in these "cheap" rooms on the seaside are often comparable to the price for a room in an average three-star hotel in Bulgaria or Turkey. The cheapest accommodation on the black sea coast of the Crimea and Russia offered away from the beaches, in small villages or towns. But in this case the sea would have to commute.


Relax on the black sea coast of Crimea and Russia is beneficial only to those who have relatives living there. Rental housing and food - the biggest budget items when choosing these resorts.

Turkish and Bulgarian hotels offer different price level. The average price in a good hotel on the coast, in the room Breakfast starts from 25 euros per day. The hotel has a swimming pool, the room will be clean, bring drinking water, toiletries. There are cheaper hotels where a room costs 15 euros per day. But they are located far from the sea, and do not differ special comfort. Most likely will not be available in pool and gym, but the shower and toilet in the room is required.

In Bulgaria, as in the Crimea and Krasnodar region, can be reached by train. The cost of a ticket in a compartment in one direction - about 130 euros.

Where to relax cheaper

If you compare the price of accommodation, the hotels on the black sea coast of Turkey and Bulgaria is several times cheaper than those are in the Crimea and Krasnodar region. The cost of plane tickets is also in favor of Bulgaria and Turkey. To save on the road just getting on the train. But in this case you will have to buy the cheapest second-class tickets.

Holiday in Bulgaria makes more expensive visa regime. For Russians, getting an entry stamp required. Obtaining a visa at the Embassy, its price is about 40 euros. But even this fact does not prevent to have a rest in Bulgaria family with a child enough budget. There are cheap cafes, amusement parks - too. The main thing is to choose a not so popular resort of Sunny beach or Golden Sands, but to stay in one of the small coastal towns Review, Byala, etc.
Is the advice useful?
See also
Подписывайтесь на наш канал