How to make greeting album

The problem of choosing the optimal gift on the occasion of birthday, anniversary, wedding anniversary and other family celebrations have always existed. Indeed, to present to the person who almost doesn't need anything? Greeting album original, fresh, and, most importantly, interesting gift. 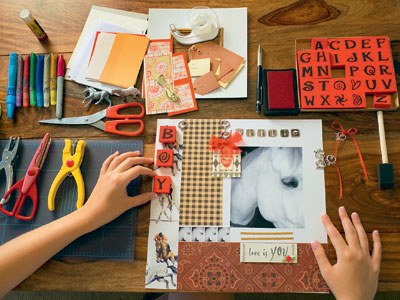 Related articles:
You will need
Instruction
1
Prepare the basis for a congratulatory album. You can buy a ready template or create it manually. Alternatively, consider a magnetic photo album. The number of pages should not exceed 4-5 pieces, otherwise have to take in a large-scale work on the project. Allowed to use two pages, this option will be acceptable.
2
Pick words that you place into the album. No matter in poetic form or in prose, most importantly, that line accurately described the man, his importance in your life and, in fact, the reason of the celebration. Try to avoid hackneyed phrases, it is better to write what is called "by itself", but to invest in the work of the whole soul.
3
Decide with illustrations and photos for the CD design. They will spice it up, to diversify. If you have a good ability to fine art, it is desirable to hand-draw pictures. Most of the blanks for greeting albums already include the minimum set of illustrations that can be diluted as its complement, but this is not necessary.

If the basis of the selected magnetic photo album, something that is relevant will be a selection of photos, along the way accompanied by the necessary explanations and congratulations.
4
Assemble a photo album together: spread pictures, glue pictures, make the text of the message. If you want to use more illustrations, do not forget that first draws the background, then applied the figure, and only after the paint is dry fit the text.
5
Pack the resulting greeting album and decorate it with beautiful ribbon on the outside. Gift ready, it's time to present it.
Is the advice useful?
See also
Присоединяйтесь к нам
New advices