How to cook the wort for home brew

Carbonated sweetened water in a plastic bottle does not compare with homemade kvass. This ancient drink is not only quenches thirst, but also fills the body with useful substances. The main secret of making a good brew - in quality wort which can be done independently. 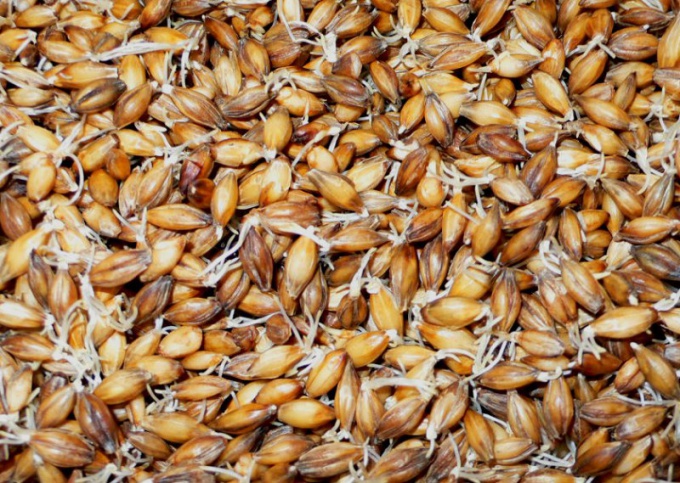 Many Housewives do just buy a ready dry mix, brew, or wort in the banks, or even the sets, which remains to mix the contents of the bags with warm water and let stand.

A real home brew requires a different approach. You could even say respect, because to Tinker with the mash it takes a lot of time. First of all, you need grains — rye, barley or wheat. We must not buy what I suggest for feeding birds, and packaging labeled "for sprouting". The grain is thoroughly washed with warm water and soaked in a cool. If this is not enough to leave the bowl in a bright cool place - the water should be changed to a fresh two to three times a day. After a day or more sprouts hatch. Once this has occurred, the grains are placed between two layers of gauze on the tray, tray, tray, any shallow container. The top layer of fabric is regularly moistened with water, and grain Ted. Recommended temperature - 10--18 ºc. Within a week sprouts will be equal in length with the seed. At this point the germination is stopped and the product is dried for about 20 hours at a temperature of 45-55oC with. The finished malt creates a light shade and is suitable for a light brew. If you need a red brew — the malt is roasted until it gets dark. Then grind in a coffee grinder and use or removed for storage.

From properly cooked and dried sweet wort smell and taste, and the roots and shoots can be easily separated from the seeds.

To turn your homemade malt to the wort - the task much easier. The powder is poured with boiling water (proportions depend on the recipe), allow half an hour to infuse and add the remaining ingredients of the brew - water, sugar and yeast.

If the brew Matures in an open pan in it to igristoje add raisins. If closed, then put less sugar that the gas has not broken the bottle or jar.

Fermented liquid is allowed to ripen in a cool place.

The option for "dummies"

A simpler version of the wort - of the breadcrumbs. For white kvass take wheat bread, red rye. The first good in the hash, the other for quenching thirst. Sliced bread dried in the oven (degree of toasted will influence the color), pour boiling water and insist 7-8 hours. The following steps are the same: add the sugar, yeast and water, allow to ferment and to Mature.
To enhance the taste of this brew is easy, if you use water instead of the brine from the cabbage, whey or juice. Summer brew can be easily prepared from fruits. Then, as the wort use Apple or other broth.
Is the advice useful?
See also
Подписывайтесь на наш канал