What is the chance of getting pregnant when taking birth control

Hormonal birth control pills is one of the most effective means of contraception. But, like any tool, they do not guarantee a 100% protection against pregnancy. Failure to comply with the rules of taking the pills or the wrong selection means a possibility of getting pregnant increases. To imagine what about a chance to conceive while taking hormonal medications, you should know how to operate these tablets. 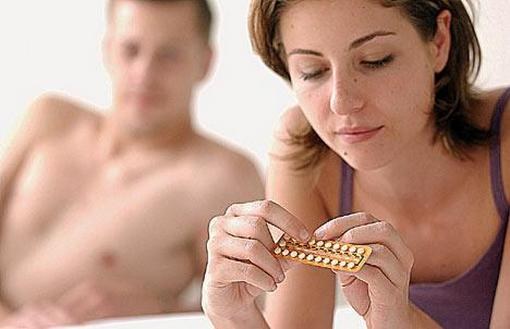 The effect of hormonal contraceptive drugs

The composition of the pill is composed of artificial hormones, which is most similar to the true hormones produced by the female body. The woman takes these pills every day that affect hormones in the body creates a simulation of pregnancy. As a result, in the fullness of time, ovulation does not occur, that is, the egg does not ripen, and thus fertilization is impossible. The status of this "chronic pregnancy" is normal for the female body, because without contraception, natural environment women are a significant part of their lives are in a state of pregnancy or nursing, when the ovaries do not have to work to create a new egg.

Hormones also make cervical mucus in the cervix more viscous, preventing the penetration of sperm inside, which reduces the risk of pregnancy even if ovulation has occurred. And even if the sperm enter the egg, and fertilization happens, under the influence of oral contraceptives slows down the work of the fallopian tubes that move the egg down to allow it to attach to the uterine wall, and pregnancy finally arrived. Thus, the chances of getting pregnant if the right contraceptive with enough hormone, is very small.

According to experts, the chance of getting pregnant in this case is less than one percent.

Factors that increase the risk of getting pregnant

There are many cases when birth control pills women do become pregnant. Most often it occurs from-for infringements of rules of reception of medicines. The first reason is that tablets are taken not according to the schedule described in the instructions. This may be the wrong time of admission, and the admission of one, two or more tablets. Even skipping one pill can lead to the maturation of the egg and an unwanted pregnancy, it is also desirable to take them around the same time that the delay was not more than twelve hours.

If you miss a pill, follow the instructions to the drug.

Even if the compliance schedule the drugs may be compromised due to vomiting or diarrhoea. If these symptoms are observed in less than four hours after administration, refer to the instructions, which usually requires to drink another pill because the first, most likely, not learned. Also this is followed within a few days to use other methods of contraception.

The probability of getting pregnant when taking oral contraceptives increases their use of certain medications or nutritional supplements. In this case, the hormones are worse on the body and do not suppress ovulation. In the instructions to the contraceptive should be given a list of drugs that weaken the effect of the pills. Also very important the correct selection of hormonal agents.