How to get pregnant after "Yarin"

"Yasmin" is a monophasic combined oral contraceptive. The product contains active ingredients (drospirenone and ethinyl estradiol) in low concentrations. The period of pregnancy after taking "Yasmin" will depend on the duration of its application. 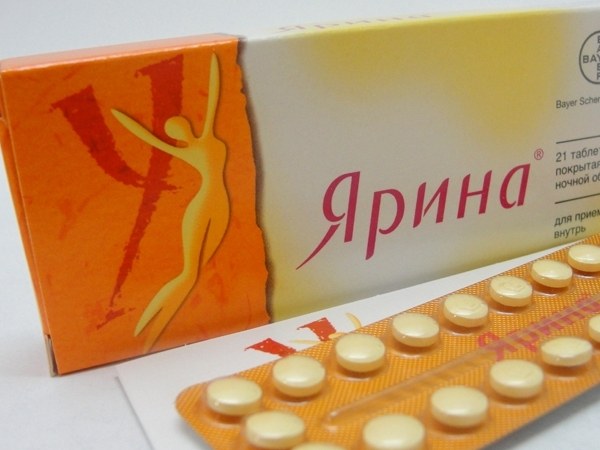 Related articles:
Instruction
1
"Yasmin" suppresses ovulation (release from the ovary the egg), increases the viscosity of cervical mucus that prevents sperm from entering the uterus. As a result of changes in the endometrium, implantation of the fertilized egg becomes impossible. The drug has a number of additional effects, in particular, he has anti-edema effect, improves condition of the skin with acne.
2
Short course "Yarin" (3-6 months) does not affect the ability to get pregnant. There is evidence that in some cases the probability of conception increases as the ovaries after the abolition of the means begin to work actively. To get pregnant, is enough to lead a regular sex life without use of other means of contraception. Usually conception occurs after 3 months. after taking the pills.
3
After prolonged use "Yasmin" pregnancy usually occurs within a year of regular sexual intercourse without contraception. However, if a woman has to use of the drug had problems with ovulation (hyperandrogenism, polycystic ovary syndrome), other hormonal disorders, after discontinuation of the pills they come back, and pregnancy may not occur. In this case, consult your doctor.
4
After using the "Composer" plan a pregnancy in the following way. Continue daily intake of pills from the last box before they run out. Conception is possible already in the next cycle. If it has not happened within a year of regular sexual intercourse without any birth control, you need to undergo a medical examination. Effect of long-term of taking "Yasmin" can be amenorrhea (absence of menstruation longer than 6 months.), triggered by decrease of activity of the ovaries during the drug. To cure pathology, will visit the doctor.
5
The Pearl index of the "Yasmin" is 0.07. This indicator reflects the number of women who became pregnant while taking the funds during the year. This drug contraceptive effect is very high, however if used incorrectly, the probability of conception increases. Pregnancy is possible, if you skipped taking the pill, it was not renewed in the next 12 hours, and this time there was unprotected intercourse.
6
Weaken the effect of contraceptives and some medicines (e.g., antibiotics). If you are using "Yasmin" pregnancy,should immediately stop it. Teratogenic and toxic effects of the drug on the fetus have not been identified, so the conception on a background of reception of funds is not an indication for abortion.
Is the advice useful?
See also
Присоединяйтесь к нам
New advices