Where to go in Yalta

Yalta is a popular resort located on the southern coast of the Crimean Peninsula. Clean sea, beautiful nature and plenty of historical attractions attract many tourists. 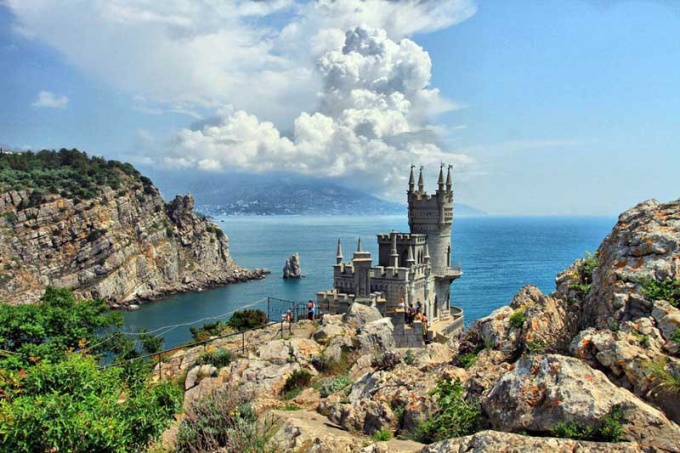 Related articles:
Instruction
1
A city with three sides surrounded by mountains. AI-Petri is the highest and perhaps the most picturesque of them. Will take visitors up by cable car, which stretches almost 3 km, by car or on one of the Hiking trails of various difficulty. AI-Petri is located on the territory of Yalta mountain-forest nature reserve and walk in these wonderful places, though tedious, physically, will be a real treat for nature lovers. The summit offers a beautiful view of the city, which lies on the seashore surrounded by green ridges. To get to AI-Petri from Yalta, it is necessary to sit down at the bus station by route taxi №№27 and 32 and go to the stop "cable car".
2
A few kilometers from Yalta, in Gaspra, is giving the famous "swallow's nest" - a fine copy of a Gothic castle built on a rocky cliff of height 40 m. to get to the sights from the bus station by buses № 27 and 30 to the stop "Sanatorium "Parus" or from the promenade on the Danube.
3
One of the main attractions of Yalta – the Livadia Palace, the summer residency of the Imperial family, built in the late XIX century. The building houses the exposition dedicated to the Romanov dynasty and the Yalta conference in 1945. Around the Palace is a Park with fountains, graceful pavilions and sculptures. Livadia beach, to get to which is by lift or on foot, is considered one of the most comfortable on the South coast. The Palace complex is located in the village of Livadia, 3 km from Yalta. You can get there from bus station by route taxi №11.
4
From the Park to the former summer residence of the Grand Dukes, located on mount AI-Todor in Gaspra, leads the Sun trail, a scenic road with a length of about 7 km. This route is also called "Path of health" – so pure and fragrant air, under the canopy of exotic trees, so beautiful the view.
5
The Park is another landmark of Yalta, is to compete with Livadia. It's broken at the foot of AI-Petri, in the village of Alupka. Vorontsov Palace, built in the mid XIX century, belonged to the princes Vorontsov. In the Palace chambers, to preserve the original appearance, there are expositions dedicated to the history of the Crimea and the kind Vorontsov, art and historical exhibitions.
6
Very beautiful Palace of Alexander III, located in the Annex. It is now a Museum dedicated to the history of the Crimea since the mid-nineteenth century to the late twentieth. Around the Palace, as usual, a Park, decorated with fountains and sculptures. To reach it from Yalta by taxi №27 from the stop "Flea-market".
Is the advice useful?
See also
Подписывайтесь на наш канал