How to get to shcholkine

Shcholkine is a town in Leninsky district of the Crimea. This resort on the shore of the Azov sea with a population of less than 12 thousand people. It is very popular among Russian tourists who go there to swim and sunbathe. Shcholkine is a young city — founded in 1978 and named after Soviet nuclear physicist Cyril Selkina. 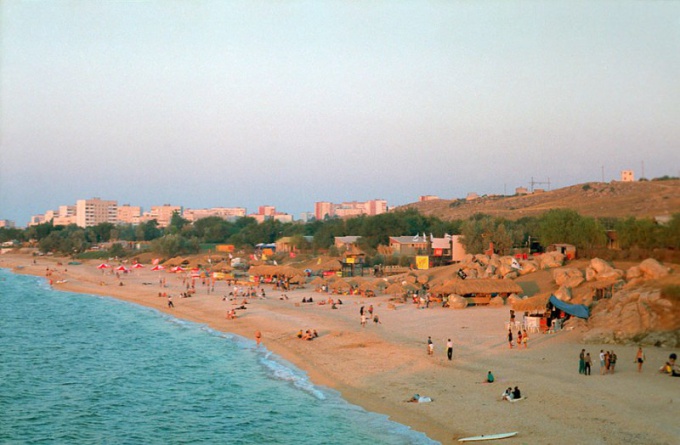 Related articles:
Instruction
1
Flights for obvious reasons in Shelkino there is no airport. But you can overcome most of the way the plane "Moscow — Kerch" airline "UTair", and then from Kerch bus stop from the Airport catch bus number 4 and number 9 to station "Bus station ShChelkino". Or arrive by flight "Moscow — Simferopol" airlines "Transaero", "Aeroflot" or "S7", and then the number 53 bus or taxi from the stop "Airport Simferopol" to get to the bus station in shcholkine. Either way the journey in total takes about eight hours.
2
As for long-distance trains, the best option is to sit either on the train "Moscow — Simferopol", or on the part of "Moscow — Sevastopol". In both cases, the road to Dzhankoy, where we need to go, takes 22 hours 23 minutes. Then by bus No. 41 or route taxi №43 from the stop "Central bus station of Jankoi" takes you to the stop "Avtovokzal ShChelkino". You can also take a taxi — travel time in all cases will be at least four hours. That is, in the first and second embodiments, the road to shcholkine takes more than 26 hours.
3
Buses from Moscow to shcholkine do not go. However, there is an option — you can take the bus "Moscow — Kerch", which leaves from the bus station "Novoyasenevskaya" and 1 day and 3 hours to get to the station "Central Bus station" in Kerch. And then transfer to local bus and four hours to get to the station "Bus station ShChelkino". That is, the road will take approximately 1 day and 7 hours.
4
If to speak about traveling by car, you have to prepare for the fact that you have a long journey of about 1,500 kilometers. From Moscow you should steer on the highway M2 "Crimea" and go through Shcherbinka, Podolsk, Klimovsk, then go around Serpukhov and to focus on Tula. After the car drove through the outskirts of Tula, it is necessary to follow the directions of the same road M2 "Crimea" in the direction of the eagle. The next major city after the eagle will be Kursk, from which it is necessary to go to Belgorod.

After the passage of the Russian-Ukrainian border, the route goes along the E105 highway in the direction of Kharkov, and after him on the highway E40 to Novomoskovsk, and then to Kiev. Then it is necessary for the E105 highway drive to Melitopol, then to Dzhankoy. And from Dzhankoy to shcholkine on the highway E50 distance of not more than 185 kilometers. All the way, if you go without long stops and overnight stays is just over 25 hours.
Is the advice useful?
See also
Показать еще
Подписывайтесь на наш канал