How to get to Veliky Ustyug

Veliky Ustyug is currently one of the most touristic places in Russia. Because here is located the residence of Santa Claus, here he is leaving the New year in Moscow. Therefore, in the spring, summer and autumn are rolling in from tourists who want to acquaint their children with Santa Claus. 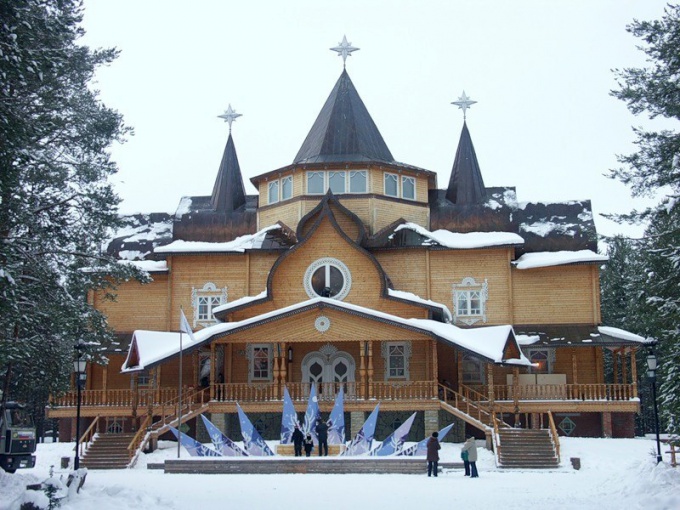 Related articles:
Instruction
1
The fastest and most expensive in financial terms, the path to Great Ustyug — a flight on the plane. Every day from the airport "Vnukovo" flies the plane "Moscow — Great Ustyug" airline "Severstal". Time liner is 3 hours and 10 minutes.
2
Unfortunately, the direct trains from Moscow to Veliky Ustyug no. So you have to go with a transfer or in a trailer car. If you get a transfer, you have to take the long-distance train "Moscow — Vorkuta", which is two times a week leaving from the Yaroslavl station of the Russian capital. Get off at the station "Adria". Then take the bus number 25, which travels along the route "Adria — Velikiy Ustyug". Travel time in total will take about 20 hours.
3
Under the second option, you have to sit in the towed car long-distance trains "Moscow — Kotlas". At the station, "Adria" car trailer to the local train, which will reach to a stop "Great Ustyug".
4
There is an option to get to the Great Ustyug on the bus. For this you have to sit on one of the two regular flight "Moscow — Great Ustyug", which depart from Yaroslavsky station. The journey time on the track and on the many narrow roads is not less than 30 hours.
5
Under the second option, you can buy a ticket on the bus "Moscow — Great Ustyug", which departs from Kazansky station and is in the path about the same time.
6
As for driving, there is need some times to think the track is very difficult, the road surface in many places leaves much to be desired. First, we need to get on the highway M8 "Holmogory" and move through Sergiev Posad, Pereslavl-Zalessky, Rostov and Yaroslavl. Then again, on the highway M8 "Kholmogory" to come to Vologda, and thence by pointers to keep a path through the city-the Great Ustyug. This journey will take the traveler at least 28 hours.
Is the advice useful?
See also
Присоединяйтесь к нам
New advices