How to get to Sovngarde in Skyrim 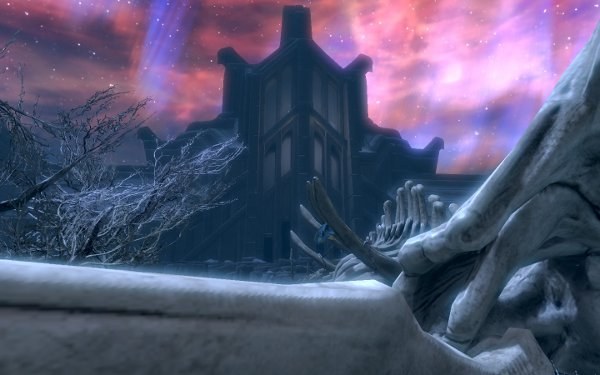 Related articles:
Instruction
1
To get to Sovngarde in Skyrim, start the game and follow the course of the story. Completing various quests, leading to the goal, your character was rewarded with shouts Call dragon and a dragon Slayer.
2
Having mastered these cries and following the story, go to the location Dragon limit to prepare a trap for the dragon Odaving. As soon as a dragon, lure him cry the call of the Dragon inside the premises of Dragon limit. When he will be in the main hall, use the cry of a dragon Slayer, and the enemy will fall hanging from the ceiling collar.
3
The captives of the dragon, engage in conversation. Convince the Odaving to serve you and tell you where the entrance to Sovngarde. After that, release the dragon and ask him to help you to get into Sovngarde.
4
After moving to a new location with the dragon, find the temple of Skulden. Destroy his guards and go inside. Met at the gate puzzle with the stones, turn the stones with the corresponding pattern to the images on the wall and press the lever. A door opened defeat the spiders and go to the next gate. There put the stones in order: whale - eagle - snake and go farther.
5
The third gate destroy the guard and set the stones in order: wolf - butterfly - dragon. Go through them and head to the portal. Having met the dragon priest Nakina, defeat him, search him and take the stick and mask. Go with his staff to the portal, and it will move your character in Whiterun.
6
Once you get to Whiterun in the story, the player will not be able to re-enter this world. In order to be back in Whiterun by pressing the tilde ("~") bring up the console and enter the code "coc Sovngarde01". Using this code only move on the premises of Sovngarde, otherwise out on the street the player will die.
7
To move on open spaces of Sovngarde, enter the console code "coc Skuldafn01". Once in the temple, jump into the portal and you will go to Sovngarde. Back the same path back will not work. On the console, type "coc whiterun" and you will be back where we started.
Is the advice useful?
See also
Присоединяйтесь к нам
New advices