How to get to the eye of eternity

In world of Warcraft there are many interesting for the passing game zones, called "instance" or "dungeon" (eng. instance dungeon "the underground"). These include the nexus: Eye of Eternity. This dungeon is located in the play area called Hedera (Borean Tundra) on the continent Northrend. There are several ways to get there/ 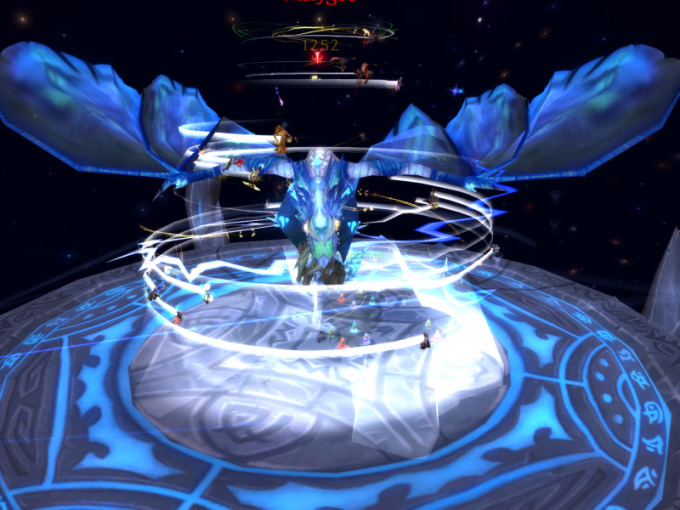 Related articles:
Instruction
1
Take a journey from the Eastern Kingdoms on a ship that sails from the port of Stormwind (Alliance) or from Kalimdor (Horde) on the airship, cruising between the continents of Durotar. When you arrive in Northrend, contact the Manager of the flights, which will highlight your character a trained bat or hippogriff for a quick and safe flight in Hedaru.
2
Refer to the characters of the magicians, which for a fee will open for you to teleport to Dalaran. The city Manager find flights, or take advantage of their flying transportation to travel to Kladari. After arriving in Hedaru you will need to get to the nexus, you'll see it on your map.
3
The eye of Eternity is the hiding place of Malygos kind of Blue Dragons, bears the title of Guardian of Magic, as he is the aspect of magic. After the death of his kind in battle with Neltharion (Deathwing), Malygos was mortally wounded and imprisoned for 10 thousand years. Freed from prison, he began preparing for a war against the sorcerers, believing that their irrational handling of magic is the cause of many troubles of Azeroth.

The portal leading to the instance is located on the third floor of the nexus. To pass through it, you need to join the RAID group, since the dungeon is designed for RAID group 10 or 25-player (heroic mode). The dungeon is a circular platform floating in the eye of Eternity, in its center there is the "rainbow center", which need to be activated to cause Malygos and fight with him.
Is the advice useful?
Подписывайтесь на наш канал