How to go to Oblivion in Skyrim

Oblivion is one of parallel worlds ruled by the people of the Daedra. You can get to it through the Gates of oblivion. The plot around these gates develops in the early part of the game the Elder Scrolls V: Skyrim - The Elder Scrolls IV: Oblivion. As it turned out, in the game world Skyrim also found the transition into the world of Oblivion, but hidden so cleverly that not every player can find him. 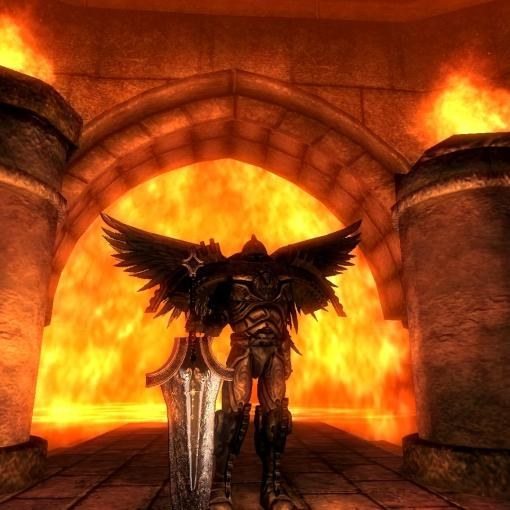 Related articles:
Instruction
1
To go to Oblivion in Skyrim, you must complete a long chain of quests. To get started go to any nearby restaurant. Once inside, find there is a character named Sam Also. Talk to him and take a bet who perepet. Drink alcoholic beverages until your character does not lose consciousness.
2
She'll come to you in the temple on the location Market. After talking with the priestess, pay her or just convince her to show you the way. Then go to the location of Remixed. In the vicinity of the find character farmer Ennis and talk to him. Agree to find a goat that he had stolen the giant.
3
Nearby in the mountains, find a goat and giant. Engage in melee or out of cover, shoot from a bow. After the death of the giant, talk to the goat, after which she will go for the player. Give a goat to Ennis and take his new job in the payment of debt Isolde.
4
Go to the location Whiterun and find the character of Isolde. After a conversation with her, accept the quest to find a lost ring, and Isolde will move the player to a new location Grove fog witch. When there you will meet Moira the witch, defeat her in battle and take away from the body or quietly steal soldino ring.
5
Return the ring to the hostess, after which it will move player to location Mollusca. Pass the ruins of the fortress and destroy the enemies that block the way to the portal. Get to it, teleport to the location of the Misty grove.
6
Once in the Misty grove, walk across the bridge and go to the table. About it you will meet already familiar characters of Sam Also. Talk to him. At the end of the conversation you will learn that Sam is Also a Prince of the people of the Daedra, and the place where you are is part of oblivion, which is called the Lesions of enjoyment. Please accept his gift of a Rose Sanguine, after which you are automatically teleported to the Inn, where I first met this character.
Is the advice useful?
See also
Подписывайтесь на наш канал