How to draw an ellipse

Despite the fact that the ellipse and the oval looks very similar, geometricheskie they are different figures. And if the oval can be drawn only with a compass, correct the ellipse to be drawn with a compass impossible. Thus, we consider two ways of constructing an ellipse on the plane. 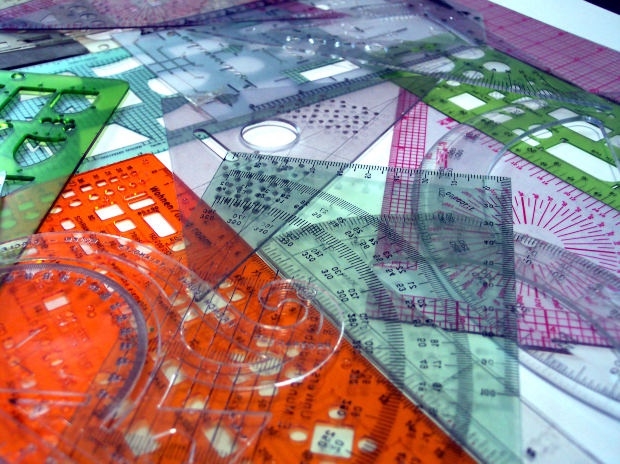 Related articles:
Instruction
1
The first and easiest method of drawing the ellipse.
Spend two mutually perpendicular lines. From the point of intersection the compass, draw two different-sized circles: the diameter of the smaller circle equal to a given width of the ellipse or the shorter axis, the diameter of the majority of the length of the ellipse major axis.
2
Divide a large circle into twelve equal parts. Connect straight through the center point of the tick marks, located opposite each other. The smaller circle is also divided into 12 equal parts.
3
Number points clockwise so that the point 1 was the highest point in the circumference.
4
Point tick marks on the larger circle, except points 1, 4, 7 and 10, draw a vertical line down. From the corresponding points on the smaller circle, draw a horizontal line intersecting with the vertical, i.e. a vertical line from point 2 of the larger circle should intersect with the horizontal line from point 2 the smaller circle.
5
Connect with a smooth curve the points of intersection of vertical and horizontal lines, and points 1, 4, 7, and 10 small circumference. The ellipse is constructed.
6
For another way of drawing the ellipse, you will need a compass, 3 pins and strong flax thread.
draw a rectangle with height and whose width would equal the height and width of the ellipse. Two intersecting lines divide the rectangle into 4 equal parts.
7
With a compass draw a circle that crosses the long average. This support rod of a compass must be installed in the center of one of the sides of the rectangle. The radius of the circle is the length side of the rectangle divided in half.
8
Mark the points where the circle crosses the middle vertical line.
9
Plug in these points, two pins. The third pin in the plug end of the middle line. Tie all three pins linen thread.
10
Remove the third pin and instead use a pencil. Using uniform tension of the thread, draw the curve. If done correctly, you should get an ellipse.
Is the advice useful?
See also
Подписывайтесь на наш канал