How to learn Japanese by yourself

Japanese culture is popular around the world, considerable interest in other countries and show to the language – unusual, exotic, and difficult to learn. But if you want you can learn it yourself by choosing the right strategy training. You need to know the features of the language and use them when planning lessons. 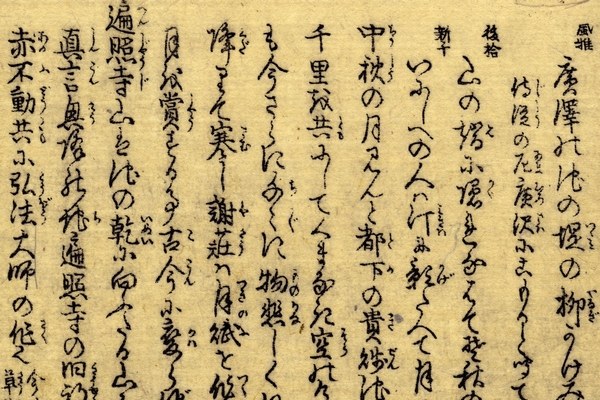 Related articles:
You will need
Instruction
1
Due to the specifics of each foreign language, the initial stages of learning involve a more advanced study of some topics and less intensive study of other. In the first stage of learning to read all of the language features that you have to learn. You will learn that the Japanese language has a unique structure, a combination of syllabic (syllabic) and hieroglyphic writing. Also at the initial stage you need to learn how to correctly pronounce the sounds. One of the most difficult sounds for listening for Russian-speaking students – r and sh. Use the recordings below to make the right pronunciation.
2
In Japanese language there are several ways to write words and sentences. Start with the familiar Latin alphabet. Writing Japanese words in Latin alphabet is called Romaji. The following alphabet of language, to the study where you start, it will be hiragana, it is the most versatile and can be used to record all the words of the Japanese language. In hiragana are Japanese students who are studying hieroglyphics. The third alphabet – katakana. It is used mainly to write loanwords, and phonetic transcriptions. Each character of hiragana or katakana corresponds not to the letter, and a syllable.
3
After learning all the syllables of the Japanese syllabary, you will be able to confidently record all of the simple words and sentences. But in order to properly prepare the statements, you need to study grammar rules. Grammar of the Japanese language is the most difficult section of learning. As well as in Russian, Japanese nouns have cases, and verbs – conjugation and the perfect/imperfect look. To avoid confusion in the endings, make for a special card to grammatical rules.
4
Learning writing characters at the initial stage is very important, all the records can be using hiragana, katakana or Romaji. However, mastering the hieroglyphic letter is one of the essential parts of learning the Japanese language. It is important to properly and thoroughly study all the kanji, as the Japanese language they have two variant readings: Chinese (reading the words) and Japanese (reading single words). In the system of hieroglyphic writing there are many exceptions, so studying kanji you will also need a card.
5
Advancing in the study of the Japanese language, with each new stage you'll join the unique and distinctive culture of Japan. Learning kanji, you will learn the art of calligraphy, and having mastered all the basic grammar rules and a basic set of words and characters, you will be able to read simple texts in Japanese. After the initial stage, you will see where to go and how to organize the training.
Note
Many people ask: "is it possible to learn Japanese language?"... There is no single answer. If a person decided to seriously study Japanese language, like any other, then progress will be evident.
Useful advice
And finally, speaking just need to go to Japan, fear Not freeze. Just start driving in the Japanese language and do not believe where you will sooner or later can be. TEACHER. Many ask, is it possible to learn Japanese without a teacher and tutor
Is the advice useful?
See also
Подписывайтесь на наш канал