How to memorize hiragana

Hiragana is a Japanese syllabary that is used along with the characters when you write some words and case endings. Without knowledge it is impossible to read the Japanese text, so in the beginning of a language course it is necessary to learn. 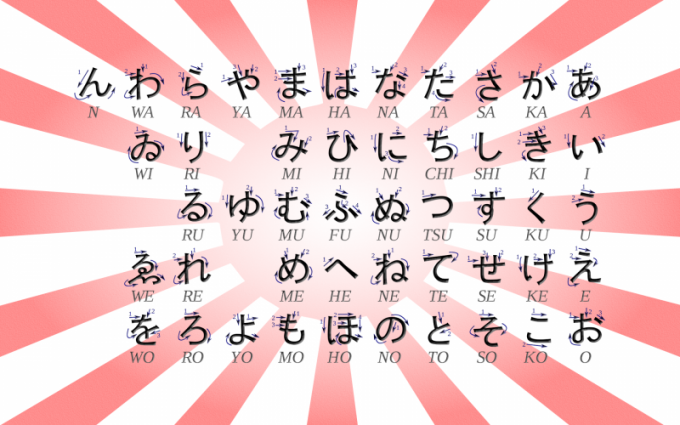 Related articles:
You will need
Instruction
1
Find the complete table of hiragana reading of its signs in Russian or English. Such information is usually given in the initial lessons in the textbooks of the Japanese language.
2
Try to write the found signs. Start with the first row of the alphabet - five vowels. When writing, follow the correct order of traits is important in the Japanese language. After that for practice write each letter of thirty or fifty times, for rote.
3
Make flashcards in order to stimulate your visual memory. There should be forty-seven on the number of characters of the alphabet. On the front side, draw a mark hiragana, and on the back of his transliteration. Arrange a regular check on knowledge of the rules of reading. This method is convenient and the fact that to repeat the alphabet can be anywhere, for example in public transport.
4
Try to read more Japanese texts written in hiragana. For example, it can be special exercises given in the textbooks. Traditional Japanese texts are written with a lot of characters, but for children there are also different adapted texts entirely written alphabet. Even if you can not properly translate the text, you will increase the speed of reading.
5
On self-adhesive stickers write the names of shirokopolosnykh everyday items in Japanese in hiragana. Provide inscriptions in Russian transcription. Stick the stickers on the objects themselves, for example, furniture, appliances. This way you will be able not only to repeat the alphabet but also to learn and remember new Japanese words.
6
If you already know the second Japanese alphabet - katakana - use it to memorize hiragana. Find the similarities between the signs designating the same-sounding syllables. This way you will be able to build a convenient associative array to remember the rules of recitation of the alphabet.
Is the advice useful?
See also
Присоединяйтесь к нам
New advices