How to write a letter to noisy neighbors

You are no longer able to endure a night of partying neighbors, loud music, shouting and fighting? Be patient and don't need. With restless neighbors to fight, and the most legal way. You only need patience and perseverance in achieving your goal of silence. 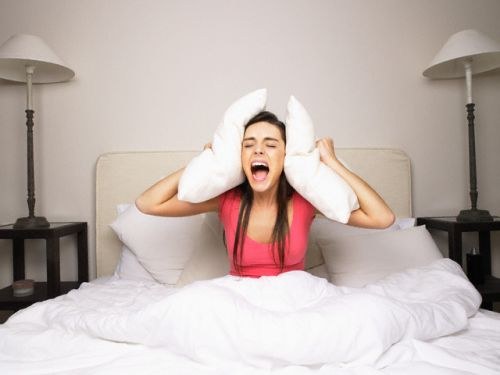 Related articles:
Instruction
1
Before taking action, try to talk to troubled residents personally. Sometimes people are not even aware that their entertainment disturb others. At the same time you know exactly who noisy. In apartment buildings the sound is most peculiar way and may prove to be that break the silence are not those who you thought.
Find out if the noise bothers other neighbors. Maybe they just suffer in silence. Then gain their agreement that if necessary they will confirm the fact of repeated violations of the silence.
2
Noisy neighbors are not willing to listen to your requests, continuing loud music and organize night parties? Go to him with exhortations – is not only useless, but also dangerous, because the parties usually cannot do without alcohol. Why do you need to find out the adequacy of the drunk tenants?
Do easier – in the midst of a party, call in regional Department of internal Affairs (ROVD). If the phone number is unknown to you, dial "02" - it will tell you either react on their own. Ask to deal with violators stillness of the night. Usually the police respond quickly. Be aware that conversations are recorded. So if you refuse to help, insist. Be sure to introduce yourself, name your apartment number and apartment number of violators, as well as the entry code.
3
The police will arrive quickly. But to act on noisy he can only if he opens the door. If this happens, ask to file a report about the challenge and sign it with his signature.
4
Find out operation hours of its precinct and its location. This information may report and arrived at your call outfit. In the near future go to the district and serve a statement about a disturbance. The statement is made in a free form. Be sure to note the proliferation of night noise, the measures taken by you arizonian neighbors, the fact of calling the police, and also the fact that your statement is ready to join the tenants of other apartments.
5
If the district refuses to accept the application, ask to explain the refusal in writing. This is usually enough to objections on his part was filmed. Explain that you are willing to help and arrange when you're able to learn about the results of actions of the precinct. Remember, you must act together, only then you are assured of success.
6
The task of the officer to hold violators of the conversation and explain to them the incompetence of such behavior. If his actions will not take effect, write the application in regional Department of police, and if need be, and to the higher organization. The main thing – perseverance. To each new application will include copies of the previous, and in the text describe all the measures taken by you on this question. It will not hurt and an application to the district Prosecutor's office.
7
The following paragraph may become the court. Please contact the district court at the place of residence with the claim about suppression of violations by your neighbors. It's almost a win-win thing, the neighbors provided a fine. First, small – up to 500 rubles. But subsequent breach of silence will be regarded as willful repeated violation. The fine is doubled. In the end, hard-core hooligans can expect a suit for eviction. But before this, usually do not reach. Most give up at the stage of discussions with the district and the first penalty.
Note
Do not attempt to deal with noisy neighbors on their own. Circumcision wires, damage to doors and mailboxes, as well as fist showdown can switch you – they will become the victims, and the guilty party – you.
Useful advice
The involvement of other neighbors is desirable, but not required. If it so happened that noisy tenants only prevent you, your rights still are obliged to protect all instances where you refer.
Is the advice useful?
See also
Подписывайтесь на наш канал