How to write Japanese words

Japanese language, despite its complexity, is becoming increasingly popular. There are more Japanese cartoons, products. And even the person who didn't study this language, you may want or need to write a word or phrase in Japanese. How to do it correctly? Sites created by Russian fans of Japanese culture and language, and also dictionaries will help you with this. 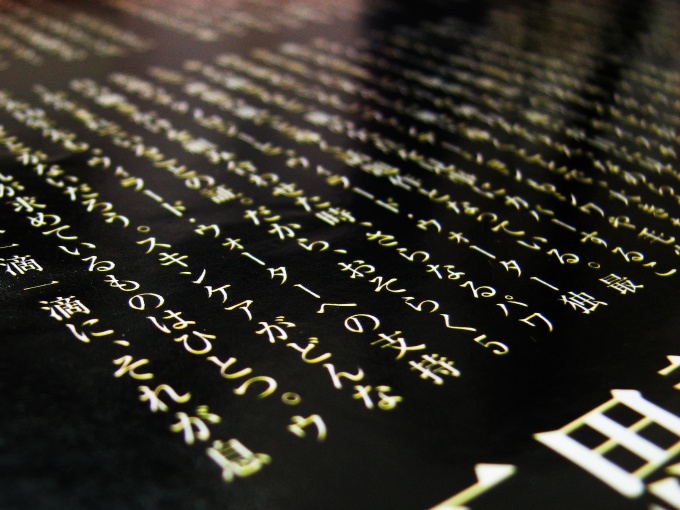 Related articles:
You will need
Instruction
1
Find Russian-Japanese dictionary. You can get it from the library or use the online dictionary on one of the dedicated Japanese language websites. Please note that the dictionary which you choose, should contain not only the transcription of Japanese words in Russian letters, but the characters in which these words are written.
2
If you want to use an Internet dictionary, but your computer can not properly display characters, download language support Japanese language. Use the installation disk that came with your computer upon purchase.
3
Look in the dictionary for a word. It can be written as a single character, or several, it can also contain letters of the Japanese syllabary.
4
Rewrite the desired word based on the rules of Japanese writing. In this language the words and sentences you can write in two ways: either in a column, positioning the characters and the signs of the syllabary from right to left, or in line, left to right. And he and the other variant of the record is correct.
5
If you want to write in Japanese Russian name or title, use the Japanese syllabary. There are two hiragana and katakana. To write foreign words in Japanese use katakana.
6
Locate the table of conformity of Russian letters and the Japanese alphabet of katakana on the Internet.
7
Pick a letter, matching sound to write the necessary name. The spelling of the name may be distorted - the Japanese alphabet consists of syllables, it lacks some of the listeners in the Russian language sounds such as "l". In this case, select a syllable similar in sound.
Note
If you need to write a whole phrase or sentence in Japanese, take the phrase from examples of translations in the dictionary. You can't without getting proper training with the teacher themselves to make a correct and meaningful sentence.
Is the advice useful?
See also
Присоединяйтесь к нам
New advices