How to translate Japanese text

Translation from Japanese is difficult but interesting. Language learning takes several years. When there is a need to make a quick translation from the Japanese, we must remember that it is not as simple as for example, translation from European languages into Russian. But if you follow some simple rules, you can translate text of medium complexity, having deep knowledge of the language and any special literature. 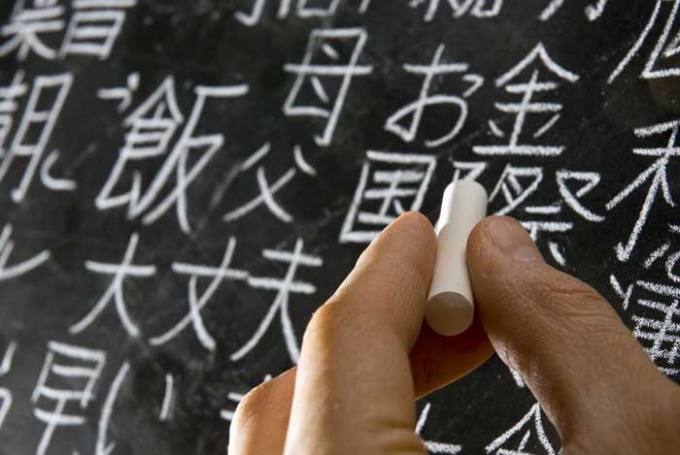 Related articles:
You will need
Instruction
1
The first thing you should do is buy at the bookstore or specialty store ABCs, a list of hieroglyphs and Russian-Japanese dictionary (Japanese-Russian dictionary). Usually all of the above can be found in a single edition. Alphabet to translate the textand not so important, but here is a list of characters, as a Supplement to the dictionary will be useful for sure.
2
Translate each character, which contains the key – a sort of original character. To him in turn add vertical and horizontal lines to change the meaning of the character. Such a key character you must find in the table.
3
Let's see, what number is the character. This number usually indicates the number of the more detailed tables of hieroglyphics that contain your key. For example, next to the Japanese kanji 字 written in the number – 39.
4
Page number 39 search for all values of the character 字. He translated into Russian language as "the child" and also refers to part of the village, town, or other locality.
5
Make a note of the dictionary all the meanings and word forms in a notebook, as well as its literal value (if any). In the future you will choose from these values the words that fit the meaning to the translated text.
6
Do all of the above actions with each character of the text. Do not forget that the same character may denote both a word and a letter and even number.
7
In the end, you get a set of words – meanings of Japanese characters, from which you need to create readable text. At the last stage of the translation textand you should use your imagination and style the text. For example, if the texte talking about the child, the character 字 probably designate a portion of town or village.
Useful advice
If you are not familiar with Japanese language, I will first review the Japanese alphabet, gojuon. This will facilitate the task of translating text. Also beginners can use the online translator, but in the end still have to adjust the translation to bring it into literary form.
Is the advice useful?
Присоединяйтесь к нам
New advices