How to find fault of the computer

To disassemble and assemble a computer today can do everything. If show which of the components has failed, you should be able to replace it yourself. But the location of the faulty element is not always obvious. 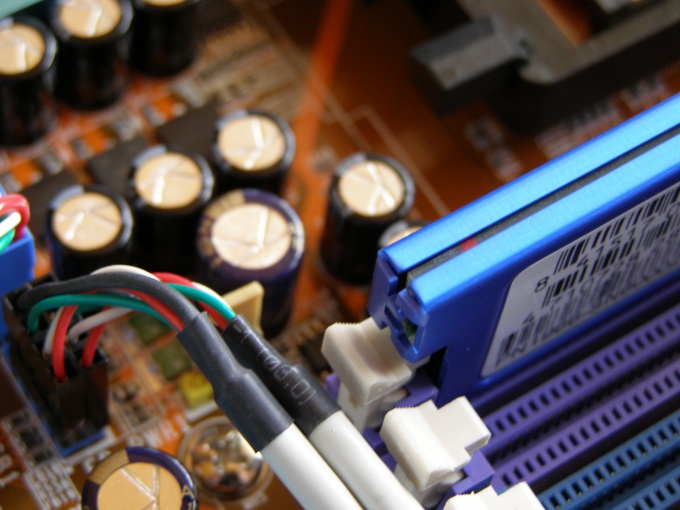 Related articles:
Instruction
1
Try to determine which of the components is out of order, the nature of the fault. For example, if the hard disk drive when you access a sector monotonously pounding, and the CD-ROM drive - ring, and after a number of attempts to read or write error occurs, obviously, failure of this device. To check the hard disk for presence of bad sectors, use a bootable CD-ROM with the program "Victoria".
2
If during the operation of the programs crashes, and, even when any drives missing, the fault lies with the memory modules. Check them out using Memtest86+. Removing the modules in turn (after turning off power to the machine), determine, with the assistance of this program, which of them is the cause of the failures. Replace only it.
3
If the screen has no image, the first thing to try is to temporarily replace the video card to another (also when de-energized the system unit). If the reason in it, the image will appear.
4
If the computer turns on, but no "signs of life", and then does not turn off by pressing power, even if long to hold her back, failed motherboard, and it happened due to a malfunction of the power supply, which began to produce excessive voltage on the supply line standby. The power supply serviced, and then get this motherboard that fits the old CPU - it is not burned.
5
In chaotic crashes and hangs inspect the motherboard for the presence of swollen capacitors. For their replacement refer to the workshop, since the Board is multi-layered, and even if you have soldering skills, but no experience with multilayer boards it is easy to spoil.
6
If there is no image, and built-in speaker makes sounds, find out what they mean by typing in the search engine following line:
(Name of BIOS manufacturer) the beep codes
Because in the absence of image to know the BIOS manufacturer on the screen saver on the screen is not possible, refer to the sticker located on the ROM chip or near it.
7
To accelerate the Troubleshooting of the computer purchase is called POST card. Its name is a pun: postcard - postcard, POST Power-On Self-Test card - expansion card (one of the values). It is set (also when the computer is off) to one of the PCI slots, and either shows fault code on the digital display, or its name on matrix. In the first case, it comes with a booklet with a description of fault codes. Sometimes this device is built into the motherboard.
Is the advice useful?
See also
Подписывайтесь на наш канал