How to open an English castle

There are situations when you forgot your house keys, slammed the door, leaving you in the stairwell without a key or the lock is jammed. And it seems that such a situation has only two choices – to wait or relatives to call emergency services to those hacked, or, in extreme cases, broke the lock, allowing you to come into the apartment. However, there is a third way. It is the opening of the lock by yourself. For example, on your door cylinder set (English) castle. 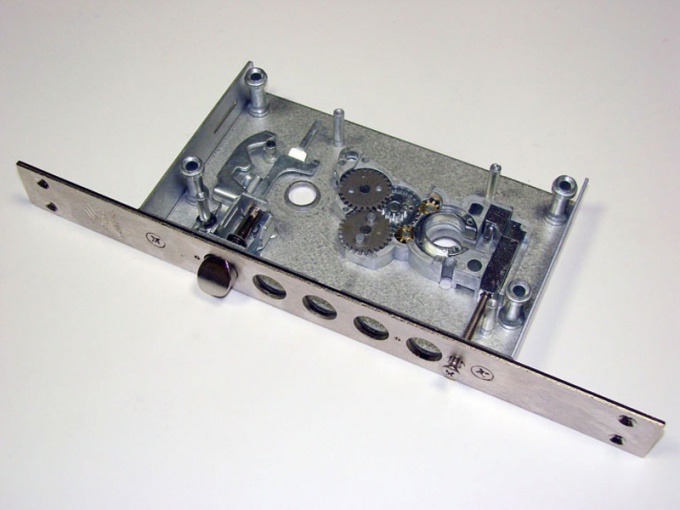 Related articles:
Instruction
1
These locks have a low resistance to a violent mechanical impact. The lock cylinder just enough to kick, pull or drill. Although English castles over time have changed, preventing the drilling or knocking out cylinder – manufacturers have started to equip their armored lining, durable pins and balls made of hardened steel. So if your door is quite old lock, drill out or knock it by asking the neighbors need tools. At the same time and lock replace more reliable.
2
But that's not all. You can also use for opening cylinder lock folder. It is, in fact, a detail, reminiscent in appearance of the blank key, which is attached directly to a special handle-lever. Billet roughly hammer into the cylinder, then crank a lever together with the whole mechanism.
3
It is worth to mention that this method does not always help. If your model of the castle is relatively new, the shank may be made of any brittle material. By the way, the shank is the part of the English castle, which is fastened on the cylinder and leads the Executive mechanism of the lock in action. In this case, the mechanism with original key works smoothly and with a certain effort, while after applying the folding man shank is broken, which prevents further cracking. Therefore, in this scenario, the lock did not open. However, if such a lock is needed to open not you and the burglar to, consider yourself lucky – of course, have to call rescuers, so they opened the door, and then replace the lock, but your precious possessions will remain intact.
4
There is a principle of "bumping", which consists in inserting into the latch hole "bump key" and applying it lightly blows with the simultaneous forcing of the opening. Thus there is a possibility of building in a line jumping from the blows of the pins, which will lead to opening the lock. By the way, recently in the Internet there are many sites that tells about the technique of "bumping". In addition, some online stores sell the tools to bumping, which is for employees of companies that spetsializiruyutsya on emergency lockpicking.
5
Again, the bumping works mainly on a fairly simple cylinder locks with spring-loaded pins, arranged in one row. Yes, and it happens not very often, even in the case of the same castle. If the cylinder pins are not spring-loaded or positioned not in one but in several rows, the use of this method the desired effect will not have.
6
If none of these methods did not help you, do not despair and do not attempt to open the lock by using a "cinematic" way type pouring lock acid or freezing with liquid nitrogen. These exotic ways look beautiful only on the silver screen, but in reality it is not so. Better trust the experts.
Note
Let us briefly consider the main types of door locks, which is economical and gullible fellow citizens give up their consumer preferences. Mechanical door locks. Door lock number one of the Soviet era - the so-called "English" door lock.
Useful advice
Door locks for wooden doors differ in the way lock the door leaf: plumbing castle with a connecting key, or lock with eurocylinder, complete with English or perforated keys. If no additional features door lock, lock set and latch the door opens-closes when clicking on the door handle.
Is the advice useful?
See also
Присоединяйтесь к нам
New advices