How to open a combination lock on the door

The code lock is locking and unlocking device which allows the door to open without a key, but with the help of special combinations of digits. Code is typed in on the keyboard, which is located on the panel of the entry door. The advantage of this device compared to conventional locks unconditional. But the code lock has its drawbacks. This opens a secret code. People often forget it, as for security it changes every six months. 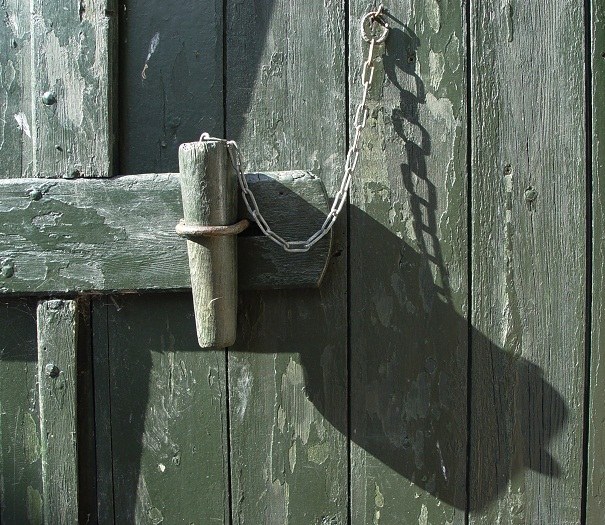 Related articles:
Instruction
1
Push button mechanical locks to open simply. Look closely. Often prolonged use of a particular code some buttons on the lock are worn due to frequent pressing. As you know, many combinations consist of three or four digits. Around the buttons on the surface of the castle often paint cracked or absent. On this basis, you can also choose the right number combination.
2
If the surface of the combination lock and the buttons on it do not differ from each other, it is possible to use a different method. Look at the surface of the buttons when obliquely incident light rays at a certain angle. The opening combination will be slightly different in color, the buttons barely worn. This method is good only if the code have not changed or only in the daytime.
3
In many cases, lock code is written in chalk on the door or on the walls. Do elderly people who because of age, bad memory, or little children not to forget. These notes, usually located at eye level for convenience. In such cases, no security may be considered. Anyone can use the written code combination and go to the entrance.
4
There is another way to open the lock. Alternately press on the lock button, in order to identify easily whether some keys are recessed into the panel. Those that are easier to press, perhaps, is the part of the code. Springs under those buttons are the most stretched. It is possible to identify the tactile method.
5
All of the methods above will help you to cope with such an obstacle as a code lock. In the codeword are rarely used buttons that are located far from each other or, on the contrary, in the same row. At the same time, the code should be simple and easy to click it with one hand.
Is the advice useful?
See also
Подписывайтесь на наш канал