How to find linear velocity 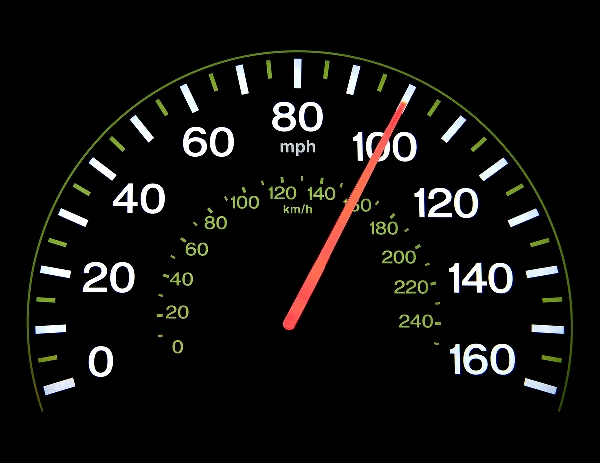 Related articles:
You will need
Instruction
1
In the most General case, to determine the linear velocity of a body in uniform motion, measure the length of the path (the lines on which the moving body) and divide by the time it took to pass this way v=S/t. However, non-uniform linear motion speed in a given time, determine by means of a speedometer or a special radar.
2
When a body moves on a circle it has an angular and linear velocity. To measure the angular velocity, measure the Central angle which describes the body around the circumference for a certain period of time. For example, measure the time during which the body describes half of a circle, in this case the Central angle is equal to π radians (180º). Divide this angle in the time it took the body to undergo a semi-circle, and will receive the angular velocity. If you know the angular velocity of the body, then its linear speed isequal to the product of the angular velocity, the radius of the circle along which the body moves, which measure a tape measure or rangefinder v=ω•R.
3
Another method of determining the linear speed of a body moving in a circle. Using the stopwatch measure the time of a full revolution of the body around the circumference. This time is called the period of rotation. Rangefinder or a tape measure, measure the radius of the circular path on which the moving body. Calculate the linear speedby dividing the product of the radius of the circle and the number of 6.28 (circumference) at the time of her passing v=6,28•R/t.
4
If you know the centripetal acceleration, which acts on a body moving on a circle with constant speedu, additionally measure its radius. In this case, the linear speed of a body moving on a circle is equal to the square root of the product of the centripetal acceleration at the radius of the circle.
Is the advice useful?
See also
Подписывайтесь на наш канал