How to tell gender of goldfish

There is a misconception that gold fish are easy to care for. In fact, they are very demanding, and when they are breeding, there are many nuances. But, learning to overcome difficulties, the majority of owners thinking about breeding their aquarium Pets. If many types of aquarium fish to distinguish the female from the male is quite simple (color, size), the goldfish is not the case. 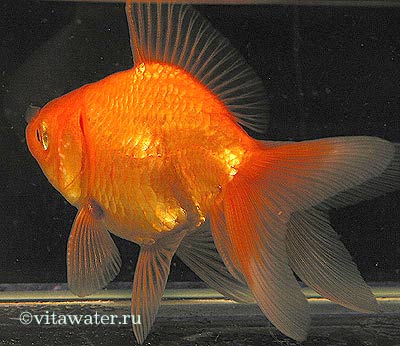 Related articles:
You will need
Instruction
1
Goldfish become sexually Mature by two years, although this depends on the usefulness and diversity of the diet and the conditions in which they are contained. It is very important role is played by the volume of the aquarium per goldfish need at least 40 liters, and the whole "glass house" should be at least 100 liters. In small volumes of fish develop poorly, become like "trapped" and unable to spawn.
In ideal conditions, there have been cases earlier puberty - a half years, while diet was full of proteins. Consequently, before this age, even the experienced owner will not be able to distinguish between male and female.
2
When the fish become ready to breed, begin to show the first differences of the male from the female. The female body becomes rounded in form, a small globular belly, while the male is more lean.
3
On the front paired fins of the male have characteristic notches, which in appearance resemble small teeth of a saw. This is the main sign by which you can distinguish males from females is not even in the mating season.
4
With the beginning of spring in Mature gold fish begins the courtship period. At this time the male differs markedly from the females by their behavior. He behaves very actively, violently caring for her friend, following her around the aquarium.
5
Another main symptom of the male can be called the emergence in the spawning period of white tubercles on the head and Gill covers. Sometimes these bumps may be on the front fins.
The same symptoms can occur if a serious disease of aquarium fish - Ichthyophthirius. On the fins of the fish appear bumps similar to semolina. It is important not to confuse the spawning characteristics of males with this disease.
Note
If spawning is successful, you have to remember that goldfish can eat their young. Therefore, immediately after spawning, they should be transplanted in otsadnik. It needs to be equipped with filter and air supply, and from the aquarium vary only in smaller volume.
Useful advice
It is best to keep goldfish at temperature above 24 degrees.
Is the advice useful?
See also
Подписывайтесь на наш канал