How to determine longitude and latitude

If you find yourself away from civilization and were in an emergency situation, first of all you need to navigate the terrain. In some cases it is necessary to determine the geographic coordinates of its location, for example, to transmit their rescue service. There are several relatively simple ways to determine longitude and latitude. 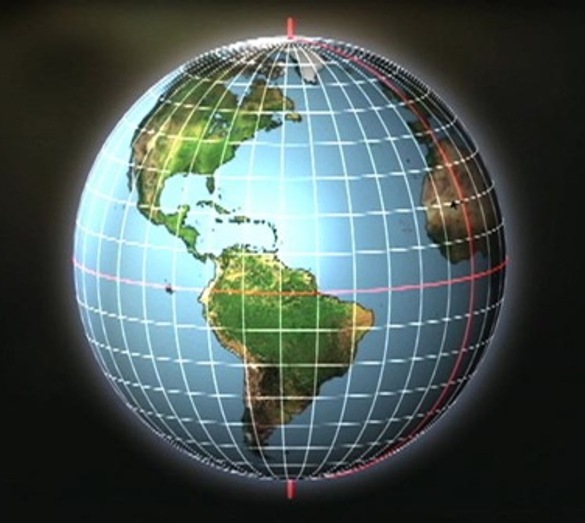 Related articles:
You will need
Instruction
1
For the determination of longitude use the watch, which must be put in place with known longitude. You then detect that the clock at local noon and translate the time difference into degrees. Consider how this works in practice.
2
Set your watch for the time corresponding to the time at the zero Meridian (GMT). Define noon in the area. For this you may need the gnomon – an ancient sundial. Prepare a stick with a length of 1-1,5 m and its vertical stick in the ground. As the movement of the sun do on the earth level corresponding to the length of the drop shadow. At the approach of the sun to the Zenith, the shadow will become shorter. The shortest shadow of the stick will be during the time of true noon. The shadow of the stick at this time will be sent exactly from South to North.
3
Determining local noon, note the clock. Then make the difference the amendment. The fact that the angular speed is not constant and depends on the time of year. So to the result add (or subtract) correction.
4
Let's consider an example. Suppose today is may 2. The clock is set in Moscow. Summer Moscow summer time is different from the world for 4 hours. At local noon, mounted on the sundial, the clock showed 18:36. Thus, the world the time now is 14:35. Subtract from this time 12 hours and get 02:36. Amendment 2 may is 3 minutes (this time should be added). Translating the result in angular measure, will receive 39 degrees West longitude.The described method allows to determine longitude with an accuracy up to three degrees. Given that in an emergency you will not table of the equation of time for the amendment of the calculations, the result may vary from true.
5
To determine the latitude you will need a protractor and a plumb line. Homemade protractor fabricated from two rectangular strips, cementing them in the form of a compass.
6
In the center of the protractor, attach the thread with a load (it will play the role of a plumb). Place the base of the protractor on the North star.
7
From the corner between the base of the protractor and a plumb subtract 90 degrees. We obtained the angle between the North star and the horizon. Since the North star is a deviation from the axis of the pole by just one degree, the angle between the direction of the star and the horizon will be the required latitude of the locality in which you are.
Is the advice useful?
See also
Присоединяйтесь к нам
New advices