How to plant a fishing net

It would be easier, put the network in a reservoir and in a couple of hours take out large catch of fish. But not so simple. Fishing network, Yu has a lot of features, not consider that is simply impossible. Much depends on the correct landing net. 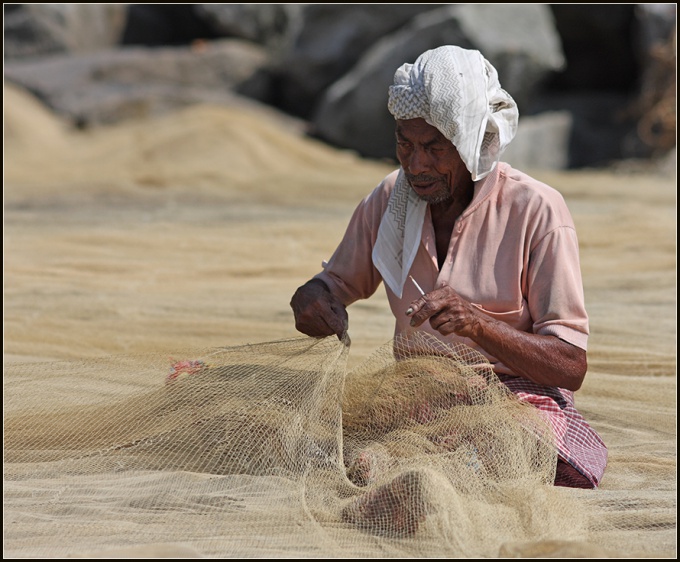 Related articles:
Instruction
1
Fit network means linking the network fabric to the cord. It can be done manually using the Shuttle, but when machine binding a network – automatically. The bottom cord is called cargo and it needs to be more top. For example, when the length of the network of 60 meters length of the cord will be 33 metres, and the upper 27 meters. There is an option when on the contrary, the upper longer than the lower cord. In this case, the upper part has weak tension, making the network more efficient. This method of landing is distributed in the Northern waters of the Gulf of Bothnia.
2
One of the popular ways of landing a network – using milestones. A milestone is a special line that is used as an adjuvant. At each end make notches corresponding to the distance between the nodes. That milestone became a universal fit for networks with different cells, on it attach some ribbons with different values. But, as a rule, experienced weaving networks it is not needed.
3
The simplest fit for networks with large cells is to insert a cord through the cells. A mandatory element of your landing site. From the variety of sites, then a double knot, it is very popular among fishermen and is especially used during landing nets.
4
In networks, connected manually, use the landing "on the run". Its main advantage – the lack of anchor nodes, allowing the network fabric to move through the landing string. This position makes the network flexible and more efficient.
5
Drift landing received its name from the network with the same name. Landing here is the thread you need to fix to a simple selection of a landing site. The thread extending from the node at a distance of 3 -4 strokes, oblate around the crankshaft end, and then a fixed length of SAG both threads tie in a knot. A landing string, as would be twisted twice. For greater rigidity of the whole structure, you can use the mesh.
Is the advice useful?
See also
Подписывайтесь на наш канал