How to check commas

Written language is complicated by the fact that there are some rules that you need to know in order to be considered an educated person. The presence of spelling and punctuation errors may adversely affect the impression of business partners, employers and sweetheart. Learning to correctly place the commas! 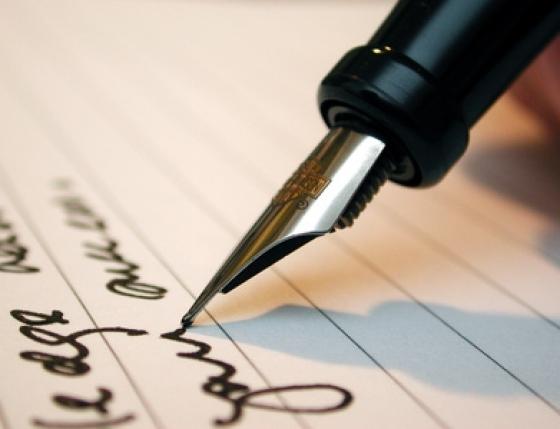 Related articles:
You will need
Instruction
1
Define the structure of a sentence. Sentences can be simple or complex. In one simple grammatical basis in the complex - two or more. Based on the subject (answers the questions: who? what?) and the predicate (answers the questions: what does? what did?). For example, a simple sentence: "Sasha bought cake, chocolate and waffles" ("Sasha" - subject, "bought" is the verb, a comma separated homogeneous add-ons: "cake", "chocolate", "wafer"). Complex sentence such as, "Dad told her that we will arrive late" (first base: male subject, "said" - verb, second base: "we" is the subject "come" - sigueme).
2
Consider a simple sentence. In simple sentences, a comma usually separates the homogeneous members of the sentence, for example, when the transfer: "I brought yellow, red and blue balls. The app, priced after personal pronouns, segregated by commas on both sides: "I, the journalist, could not believe that the newspaper issued by one person". Also, we put commas at the expressions with explanatory momentum (i.e., (and), even, especially, mainly, including, for example, in particular, and, moreover) and introductory words (apparently so, likely, probably). Stand out Supplement with prepositions besides, apart from, excepting, excluding, including, and beyond: "Who but the mother regret it?" Commas put and the allocation of ownership and verbal participle phrases (and involved in emit only when they are defined): "Land, watered by rain, turned black and cold" (gerund). "Approaching the station, I lost my hat" (the participial turnover).
3
Determine the type of complex sentences. If you found two grammatical basis in the offer, you should determine its type: coordinating or subordinating. In coordinating simple sentences are joined without Union or with the conjunction and, and but. In a compound sentence, you will see the dependence of one part from another and unions as, as if, what, who, when, since, unless, before, where, and others.
4
Analyze run-on sentence. All proposals included in its composition, equivalently, as a rule, can be separated from each other: "We looked out the window, my mother was cooking dinner." The presence of the preposition a, but speaks of the necessity of the comma front. Before preposition in a complex sentence, a comma, for example: "the Summer was the debilitating heat, and we went South." The other commas are placed according to the same rules as in a simple sentence.
5
Analyze complex sentence. A comma separates simple sentences included in it, and there is importantly, there is dependent (s) offer (s). Dependent (subordinate) clause in the composition of the compound marked by the presence of the Union: Until we looked on the field (dependent supply), the girl ran away (main). From the main we can ask the question to the dependent. Thus we distinguish them from one another, so we know where exactly a comma.
Note
If a simple sentence have a common secondary member, a lead-in, treatment, put a comma: In the gardens a band was playing and singing folk choir. also do not put a comma in a complex sentence with the subordinate General: "When I returned home, the sunshine was gone and grandpa must have went to bed".
Useful advice
If you are in doubt whether to put a comma, change the sentence so that the problem disappeared: break a complex sentence into two simple, reduce the number of introductory words, replace the participial momentum in the subordinate clause.
Is the advice useful?
See also
Подписывайтесь на наш канал