How to make ferromagnetic liquid

Experiments with ferromagnetic fluid are widely distributed in the form of videos on the Internet. The fact that this kind of liquid under the action of the magnet performs a certain movement that makes the experiments very entertaining. Let's try to do this stuff yourself. But first, find out what it is. 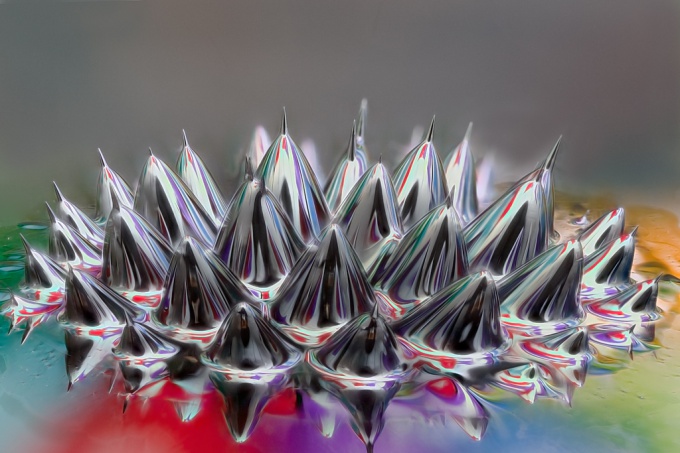 Related articles:
Instruction
1
Ferromagnetic fluid can be made with your own hands at home. To do this, take the oil (motor, sunflower and other), and toner for laser printer (substance in powder form). Now mix both ingredients until the consistency of sour cream.
2
In order for the best effect, warm the mixture on water bath for about half an hour, do not forget to stir.
3
Remember that a strong magnetization has not every toner, and therefore try to choose the most quality.
4
Ferromagnetic liquid (ferrofluid) is a liquid which is highly polarized under the influence of a magnetic field. Simply put, if you bring an ordinary magnet to this liquid, it produces certain movements, for example, becomes something like a hedgehog, gets the hump, etc.
5
In General, ferrofluid is a colloidal system, which consist of ferromagnetic or ferrimagnetic particles of nanometer size. These particles are suspended in fluid (liquid – usually water or organic solvent).
6
To create a resistance similar fluid, to bind ferromagnetic particles with a surfactant (surface active substance) - it creates a so-called protective shell around the particles, which prevents them from sticking together due to van der Waals or magnetic forces.
7
However, despite its name, ferrofluids do not have ferromagnetic properties. This is because once the external magnetic field disappears, they do not retain residual magnetization.
8
Ferrofluid is essentially a paramagnetic, they are also often referred to as "superparamagnetism" because they have very high magnetic susceptibility.
Is the advice useful?
See also
Подписывайтесь на наш канал