How to draw a diagram of the proposal 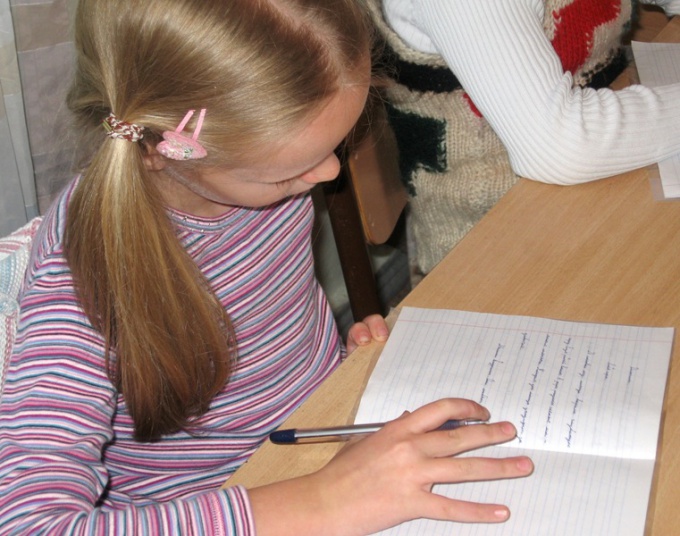 Related articles:
Instruction
1
On Russian lessons in the fifth grade you get to know the proposalsand in which there is direct speech. They consist of the words of the author and the direct speech. For example:
"Tomorrow's lesson will come to us veteran - said the teacher.
In this sentence the first part, enclosed in quotation marks - direct speech and the second the author's words. Direct speech in the diagram is expressed by the letter P, the author's words - with the letter. Write the letter a title, if the words of the author are in the beginning of the sentence and are capitalized. To the previous suggestion you should make the following scheme: P.
2
In the study of simple and compound sentences, too, you are dealing with the schemes. So, if the sentence is simple, i.e. consists of a single grammatical basis, the scheme will be as follows: [-=]. square brackets mark the boundaries of sentences and one and two lines - the main members of a sentence(one line is the subject and two predicate).If two homogeneous subject or predicates, make the following scheme:
[-, -=].
[-=, =].
3
When mapping to complex sentences not forget that the proposals are the Union complex (compound and compound) and asyndetic. In such sentences a few parts, this should be reflected in the scheme. For example, you need to make a scheme for such a complex proposal:
To us there arrived relatives from Samara, and we went to show them the sights of our city.
You should have the following: [= -] [ -=].The proposal two grammatical foundations. It is displayed in the schema by brackets. In the first simple, which is part of the complex predicate is the word "came", and the subject - the word "family". Accordingly, in the second the subject is 'we', a compound verb - "went to show.
4
Be aware that if you make a schema to a compound sentence, which are the main and the subordinate clause, you need not only the square brackets(as in previous proposals), but also round. Subordinate clauses which depend on main that you can put the question in the schemes expressed by parentheses. For example, you need to create a schema to this compound sentence:
The teacher told us to hurry up.In this sentence, the main part is the first and subordinate the second. She is joined by means of Union. You should make the following scheme: [-=],(below ).Match the scheme to the proposals. This will help you to correctly place the punctuation.
Is the advice useful?
See also
Присоединяйтесь к нам
New advices