Often in school the teacher asks you to define orfogramm. But what orfogramm and how to find it? In addition, how to allocate? Experience with the following recommendations, they will help you. 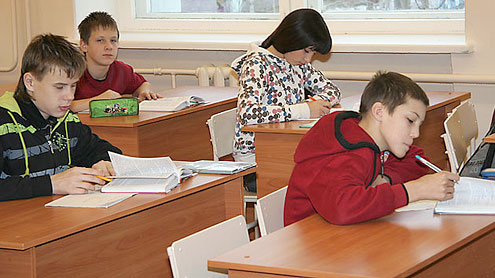 Related articles:
Instruction
1
Orfogramm is a certain spelling of the word based on the rules of the Russian language. Simply put, if you are not sure how to write the word, and it occurs when a letter or combination of letters are in a weak position, then you are dealing with orfogramm.
For example, writing based on the distinction between unvoiced and voiced paired consonants in the root or end of a word. In order to properly write that word, need to change the form or pick up the root word to letter was in a strong position.
For example, the word "oak" you select the root of the word (in this case, whole word) and see that the letter B is in a weak position, as she heard a pair consonant P.
Therefore, this spelling should be checked, that is, this letter is orfogramm. You need to underline the letter B, select the root in the word. So you select orfogramm. It's called "the Writing of voiceless consonants in root words."
2
Change the word form and pick up the same root.

Oak - Oak
Now you see that after the letter B is a vowel consonant, and it is in a strong position. The spelling matches the pronunciation. The word oaks of orfogramm no.
3
Orogramme can be in different parts of words: prefix, root, suffix, ending. If you saw orfogramm, and you need to highlight, indicate the part of the word where it lies, and graphically explain the writing.
For example, if you are dealing with orfogramm "Alternating unstressed vowels in the root words", then you should select the root, to emphasize the vowel in the root (this is orfogramm).
So, the word "located" at the root "lie" orfogramm is writing the letter O. Select the root, underline the letter O with a single slash, and the letter W the two, as the writing of this alternating unstressed vowel is dependent on the subsequent consonant.
4
The word "located" orfogramm is also the spelling of the prefix. Highlight it, underline the letter s and following consonant P, so as writing depends on voiced or a voiceless consonant is after the prefix. Letter to emphasize one feature, a P - two traits.
5
In the same word, it should be noted orfogramm console". Highlight the prefix and underline the letter O.
Thus, you see that the word is located, you need to select several orfogramm.
Don't be lazy to mark orfogramm, as this will help you to write correctly words.
Is the advice useful?
Подписывайтесь на наш канал