How to get the silver medal

Gold and silver medals "For special successes in the doctrine" will not play a big role in admission to UNIVERSITY, however they can not be counted among the pleasant but absolutely useless trinkets. The availability of such awards may be a decisive factor in case of equality of scores on the exam have several applicants. In this situation, the rating of the medal will be higher than its direct competitors. 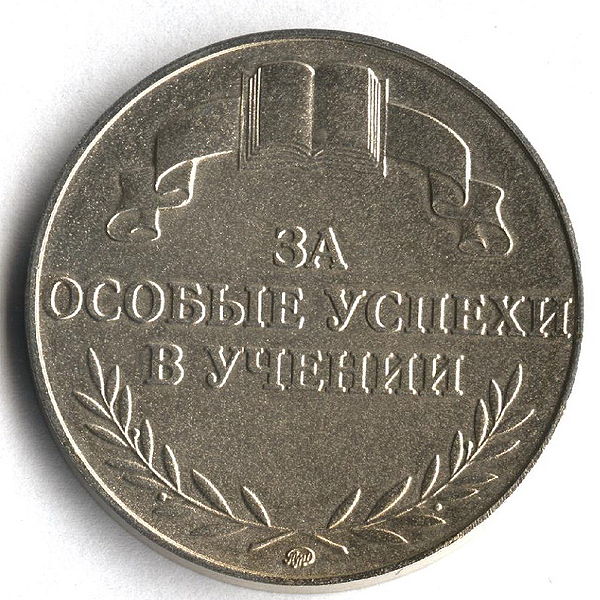 Related articles:
Instruction
1
On the decision to award the student medals (like gold and silver) only affect grades earned in 10th and 11th grades. That is the annual "three" in biology, which student received in the sixth grade, will have no value. However, in the 10th and 11th forms of "threes" should not be, including in the half. All estimates are valid in addition to the "fours" should be "excellent".
2
Some time ago on the silver medal could have been students with any number of "fours", obtained in the 10th class in the first half. But after the entry into force of the order of the Ministry of education and science of the Russian Federation No. 140 of February 25, 2010 valid number "fours" in the half-year decreased to two. This order came into force on 25 April 2010.
3
In General, for the silver medal student must have scored no more than two "fours" for each semester of the 10th and 11th grades, and no more than two "fours" among the annual estimates. In addition, no more than two "quadruples", obtained on the exam.
4
As for final grades, among them "fours" should be no more than two. That is, if the assets of the student annual of the Quartet of chemistry and physics for 11th class and on the exam he's only received one "b", but in history, the number of final grades of "good" in his passport may be increased to three, and this is unacceptable. If all the above conditions are met, after school, the student will receive a silver medal "For special successes in the doctrine" and finished with silver embossing.
Useful advice
If subject to the student of all necessary conditions the silver medal was not awarded to him, we can achieve justice through the courts. The Statute of limitations is three years, that is, if you graduated from high school two years ago and realized that you were supposed to, but was not issued a silver medal, you can safely file a claim.
Is the advice useful?
See also
Подписывайтесь на наш канал