Why you need a gold medal

To encourage academic success during the Soviet schools was introduced the awarding of medals. It has survived until now, despite the fact that the benefits medalists after the introduction of the exam has decreased significantly. Now why did we need to strive for a gold medal? 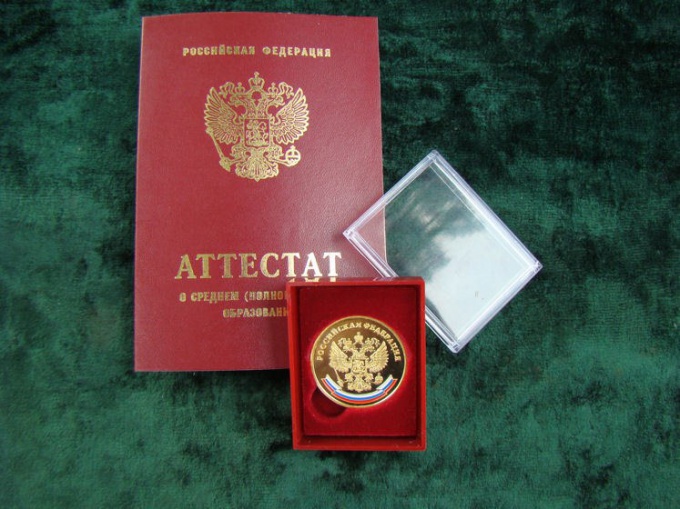 Related articles:
In the post school medals and related benefits were the subject of heated discussions. Many experts, including employees of institutions of higher education, said that a significant portion of the medals issued unfairly, as a result of corruption or the pursuit of improved student achievement. But the support system medalists for admission to institutions existed long enough. Finally this issue was solved only after the widespread introduction of the use. In 2010, the medalists do not have official privileges at receipt in higher educational institutions.However, the school gold medal can still be of benefit to their owner. It can be considered for admission in the event of dispute if, for example, if two entrants scored the same number of points. In this case, the admission Commission of the University may conduct an interview, and medal can confirm the seriousness of your intentions and diligence in study.Benefits medalists stored in some private universities. There the best students can be accepted without examination if so ordered by the University management.Also gold award "For achievements in studying" will be your passport to the Ball of the medal, which is annually held in all the regions. Usually at such events are the leaders of the city and the region. Some of the medalists who have other merits, for example, in sports or in the Olympiad movement, can get a ticket at the Moscow ball. It may be a good opportunity to see the capital.In addition, there are material incentives of the medalists. According to the decision of local authorities, graduates of the honors can be awarded as gifts, and cash payments. The specific amounts and gifts depend on the directives of the district or city.All these signs of attention, of course, will delight students. It should be understood that the gold medal has not been of value for future life and learning of a graduate, which she had before. So if you are in doubt what to send forces in the last school, better dig in and prepare for those subjects which are necessary for your future studies at the University. Participation in professional contests for you will be much more useful than a high GPA and a medal.
Is the advice useful?
See also
Присоединяйтесь к нам
New advices