How to find the broken wire

Broken wiring is able to deliver a lot of problems, but a bigger problem is usually finding a fault (except for cases when, usually in an open wiring, the injury is clearly visible). Find the hidden damage during the laying of electricitytransactions is much more complicated. Here in most cases without special equipment (the locator) and professionals-electricians can not do, but you can try something! 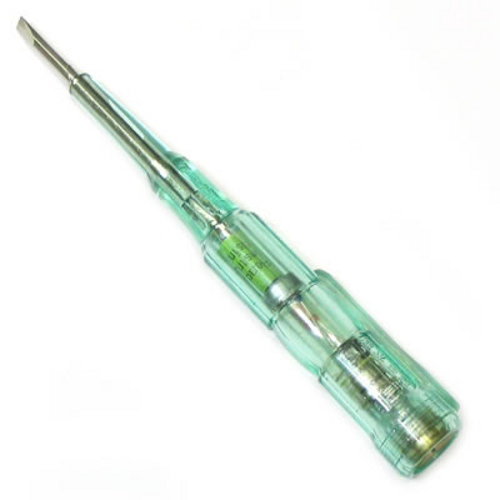 Related articles:
You will need
Instruction
1
First of all, you must determine which of the conductors of the interrupted – phase or "zero". For this indicator with a screwdriver "my fish" contacts broken outlet or switch. In the socket under tension should be one of the contacts in the switch are in the off position) or all (in the "on" position). If "phase" there is, then, interrupted "zero". When the wiring is hidden the only way – to turn to professionals, to independently localize the seat of the open will fail.
2
When laying exposed (i.e., when the wire is available in the area from the junction box to a broken point) the injury is tester. This disconnects the voltage in the apartment switchboard, and then on the wire near its exit from the junction box is the first "cut" - cut insulation allowing the bare metal of the conductor; approximately meter incision another notch (second). Measure the resistance between the cuts – if it has a small value, the gap there is no gap. Then about a meter away from the second notch is third, measure the resistance between the second and third notches, etc.
3
No resistance will indicate that between the probe device has the injury. On the identified area of the wires re-made notches closer to each other through a meter, for example. Localizing the next, smaller the length of the damaged area, it again repeat the above described procedure. This method the fracture of wires is determined with a precision of millimeters, but it's usually too open is visually much earlier. After the malfunction is isolated carefully to all exposed areas of the wire.
4
The difference of the phase conductor in brick or concrete (no steel reinforcement) the wall is use a non-contact indicator hidden wiring. The wires from the junction boxes are usually laid vertically or horizontally, the turns are made at right angles, so the "route" from the box to the outlet you can determine quite accurately. Along it, on the wall surface, moves the indicator about the damage it will signal one way or the other, depending on the design of the device. This is usually the tone in the cliff, he disappears.
Note
We should not forget that while self - "study of electrical circuits there is a risk of electric shock.
Is the advice useful?
See also
Присоединяйтесь к нам
New advices